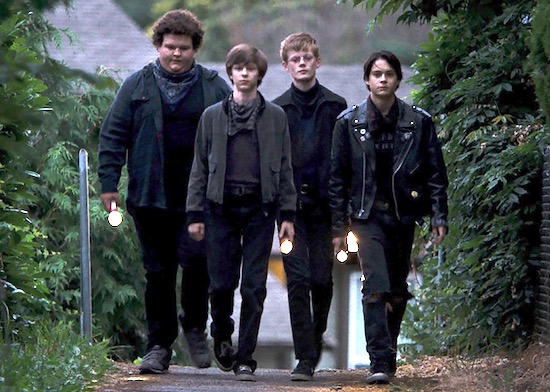 A serial killer is on the loose in the suburbs and it’s up to these kids to stop him.

‘Stranger Things’ is one of the most successful television shows of the last couple of years so that it was inevitable that other films and TV programmes would try to imitate its unique formula in an attempt to cash in on its success.

The only puzzling part about this is probably that it’s taken so long for us to see the results of this, but ‘Summer Of ’84’ has shown up now and looks as though it could actually end up being decent. The plot follows four kids from the suburbs riding around on their bikes and trying to figure out who the serial killer in town is, with their main suspect being a cop who lives next door to them.

Check out the first trailer below:

That was quite a change of tone in the second half of the trailer eh? Nevertheless, it was a good change of tone and actually makes me think that this movie might end up being a lot better than the Stranger Things rip off that it’s inevitably going to be accused of being. We haven’t got long to wait either as it drops in the US next Friday so will probably be available on some streaming platforms after that – there’s no official UK release date yet.

For more of the same, check out Stranger Things: The Game – an 8 bit masterpiece.