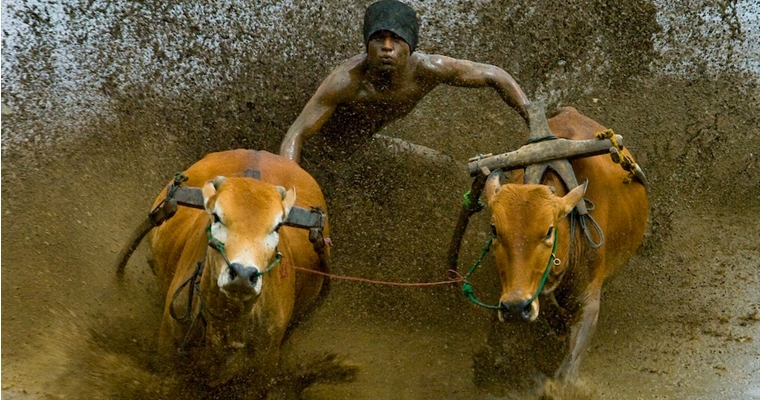 Whenever I can I like to bring you news of awesome sports from around the globe. In all honesty I’m not a sports fan at all, I simply can’t be arsed with football, cricket, golf blah blah blah. But if a sport is dangerous and/ or wonky then I am in. Sumatran Mud Cow Racing is both of those things in bucket loads.

Once a year, when the monsoons have frigged off and the paddy fields are flooded the Sumatrans get busy with Mud Cow Racing, or Pacu Jawi as the locals say. What happens is this: a bloke holds the tails of two cows and they drag him like a medieval water skier, if the beasts slow down the chap in charge bites the cow’s tail to get it whizzing through the sludge again. 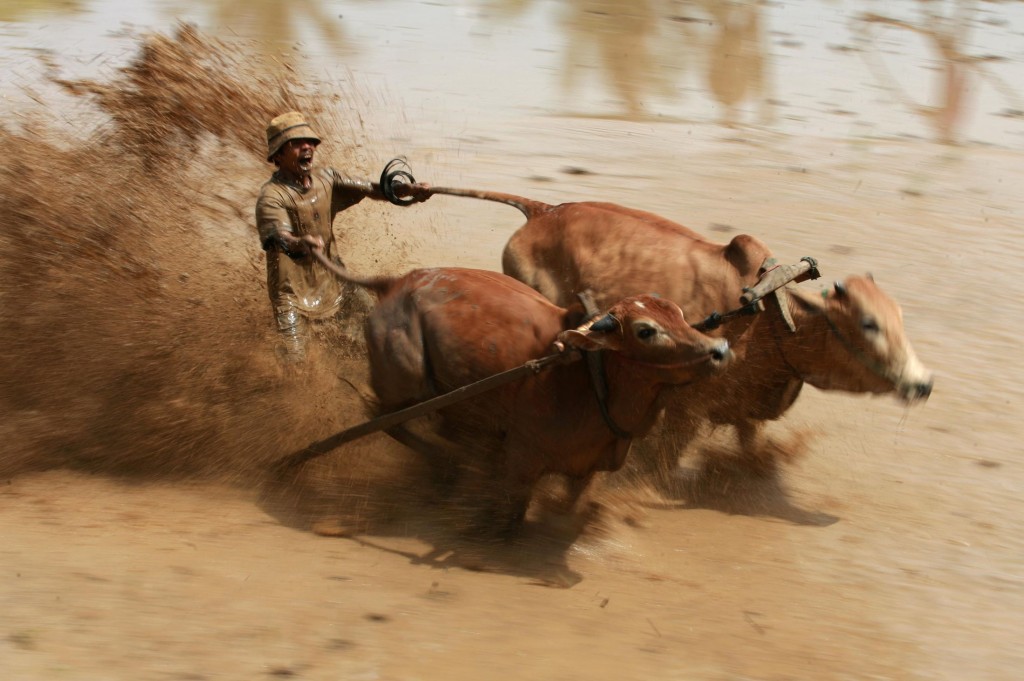 So Sumatra is in Western Indonesia and is the 6th largest island in the whole bloody world. It’s the only place on the planet where tigers, elephants, rhinos and orangutans all live together. It was initially completely covered in lush, deep, dark, terrifying jungle but in less than 30 years it’s lost 48% of it due to booming paper and palm oil industries. Nice one humans. 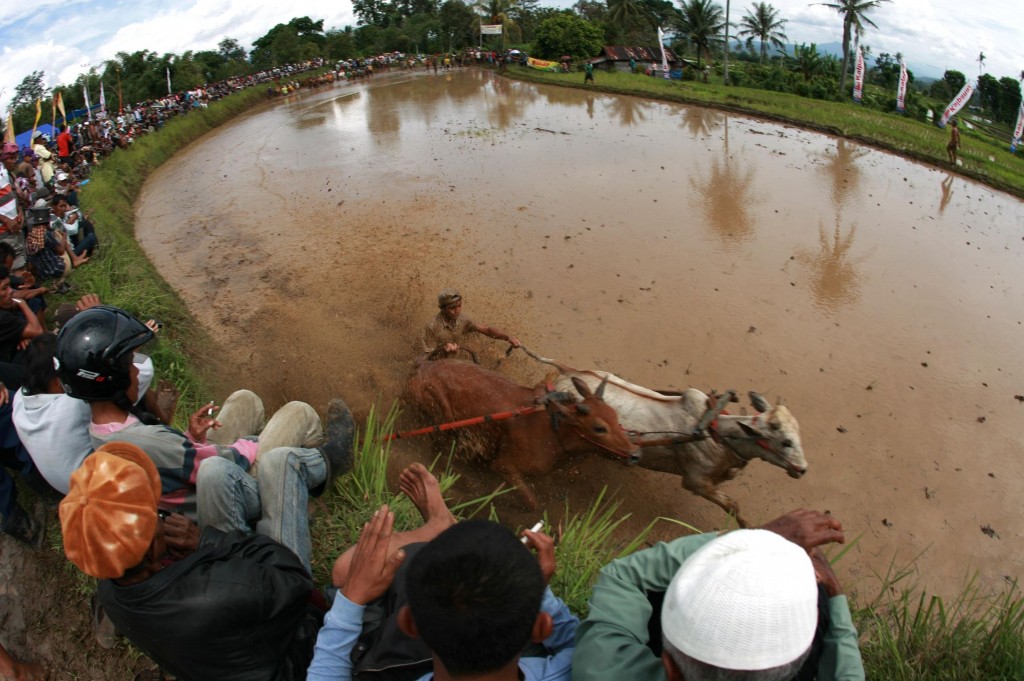 Does it look mental? Yes, it sure does, but it’s not all just for japes, it’s basically a Sumatran sales pitch. After the race the cows are hosed down and put on sale. The strongest and fastest get the highest prices and everyone goes home feeling like they have not only witnessed something epic and exhilarating, but they’ve also got a lovely new, strong cow for ploughing or whatever the hell they want the cow to do. It’s their cow now bitch. 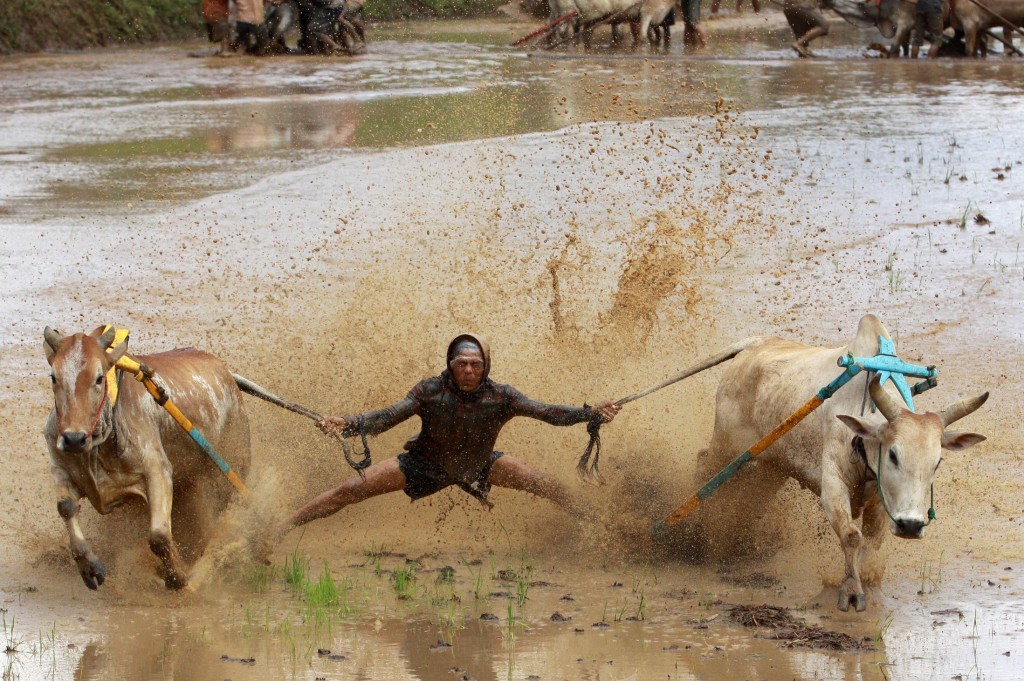 Sumatra is also home to Rafflesia Arnoldii the largest flower on the planet – up to a metre across.  Incidentally the flowers smell of rotting corpses to attract flies. How about that? Yeah I know, Sumatra sounds electric doesn’t it? I’m not a celebrity, get me in there. 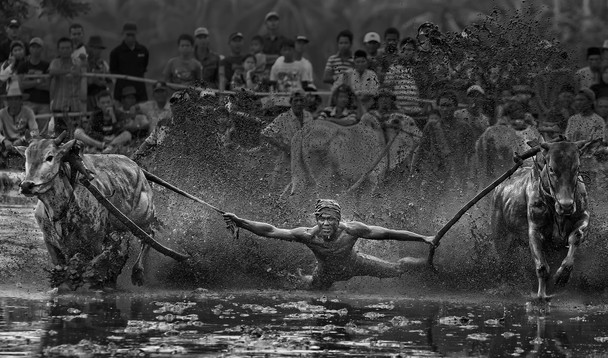 Watch a video of the action on the next page. It looks awesome…

â˜› Next: Killer Cows — The Revenge Of The Burger