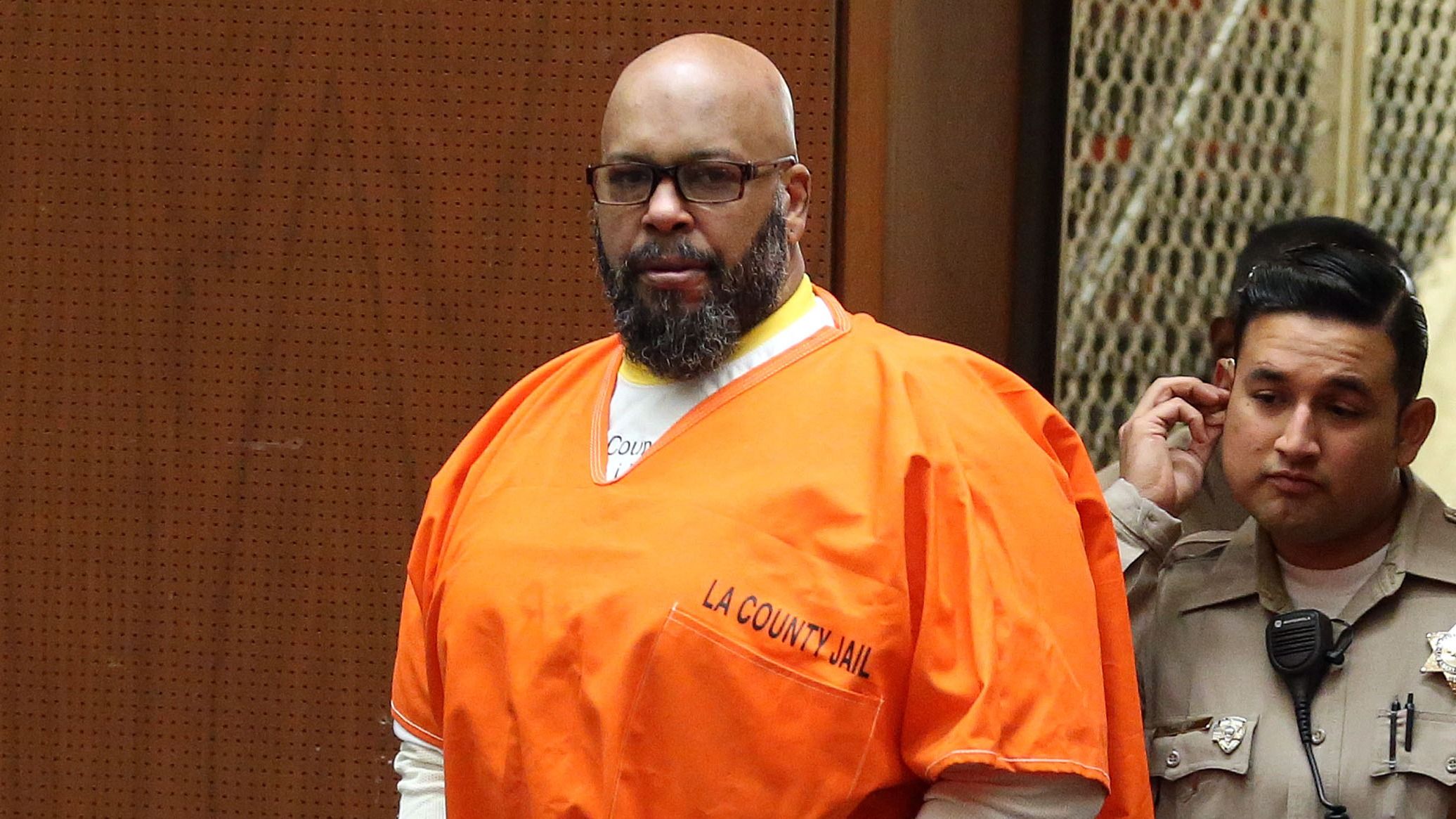 Sure Knight got sent down for 28 years a while back after security footage clearly determined that he deliberately meant to run over two men in his red Ford F-150 Raptor – there wasn’t really any arguing with that one.

Since then Suge has been keeping remarkably busy – rapping a verse on Nick Cannon’s Eminem diss track and taking part in an all access muckraking interview – but we haven’t actually seen how he’s been doing holed up in there. Well wonder no more as Suge’s daughter went to visit him recently and papped a picture that she decided to share on her Instagram account.

Whoa. If I ever go to prison – here’s hoping that I don’t – then it doesn’t look as if wherever Suge is currently serving time is so bad. I mean it looks as though he’s doubled in size (and he was already pretty big to begin with) so they must be feeding him pretty well AND he’s allowed to wear sunglasses too, as well as drop raps and do interviews whenever he wants. Sounds like a pretty sweet deal compared with most of the tales I’ve heard about prison in the past.

For more of the same, check out Suge’s son talking about how Tupac is still alive and how he knows where he is. Sure.