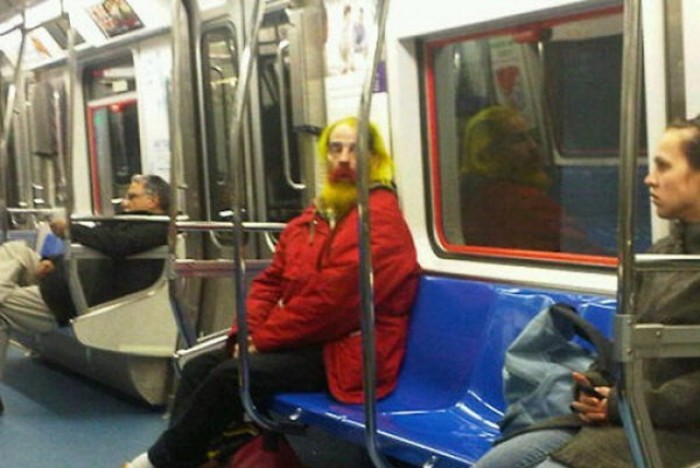 The other week we compiled a collection of videos showcasing the biggest freaks and weirdos travelling the globe on public transport. It did pretty well so we thought why not do another one?

Let’s have a peek at some of the more ‘special’ passengers riding the subways and undergrounds of our planet:

Just casually smuggling pigeons on the subway. Lock this guy up ASAP.

Eating raw mushrooms with a shit ton of salt on the tube. Totally normal behaviour.

Would it really be so terrible if the passengers all ganged up and launched this lady off the train?

Taking up 2 or 3 seats and having a nap while your girl tweezes your eyebrows. Why not?

If this guy lets his dog dominate him in this fashion on the subway, what is he letting him get away with at home? Actually don’t answer that.

Erm.. more entertaining than reading the Metro I guess?

Why not get a quick workout in while you’re waiting for your train to arrive?

That… is going to do some damage.

This guy might actually be an example of a sane New York subway passenger, all things considered.

This kid 100% just picked up something incurable.

Do you think this guy likes ganja?