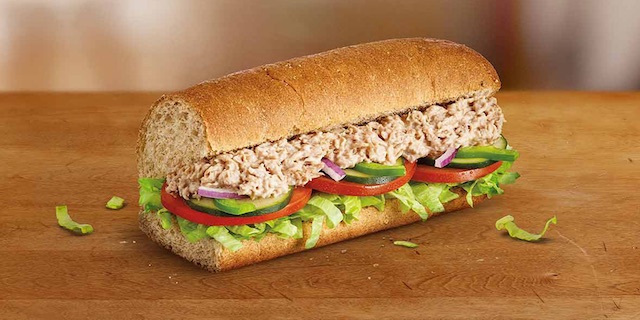 Here’s some news that some of you out there might actually find surprising, but anyone with a brain or any clue as to what’s actually going on in reality will probably know: Subway Tuna doesn’t actually contain any tuna and people are so sure of this fact that they’re actually brining up a lawsuit against the multinational sandwich company.

N.B. This article is referring to the US version of Subway which is way, way grosser than the UK version. The UK one isn’t great but I think the tune over here is probably better that the US equivalent and probably actually contains tuna.

Anyway, two women from the San Francisco Bay Area named Karen Dhanowa and Nilima Amin have decided to sue the sandwich masters for misrepresenting its tuna sandwich. They claim that they’ve run several independent lab tests on the tuna and that the tuna is actually ‘a‘mixture of various concoctions that do not constitute tuna, yet have been blended together by [Subway] to imitate the appearance of tuna.’ Here’s what the lawsuit actually says:

We are suing Subway for fraud, intentional misrepresentation, unjust enrichment, and other civil violations.

We were tricked into buying food items that wholly lacked the ingredients they reasonably thought they were purchasing’ based on Subway’s advertising and marketing of the product.

Subway is saving substantial sums of money in manufacturing the products because the fabricated ingredient they use in the place of tuna costs less money.

Consumers are consistently misled into purchasing the products for the commonly known and/or advertised benefits and characteristics of tuna when in fact no such benefits could be had, given that the products are in fact devoid of tuna. 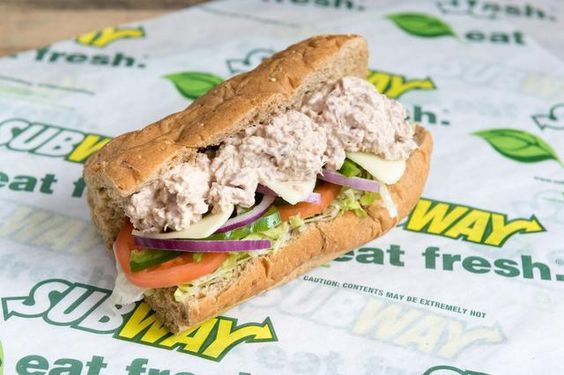 Sounds fair enough really doesn’t it? If it’s true of course –  Subway course have completely denied the claims and released their own statement saying the following:

There simply is no truth to the allegations in the complaint that was filed in California,’ a company spokesperson told DailyMail.com.

Subway delivers 100 per cent cooked tuna to its restaurants, which is mixed with mayonnaise and used in freshly made sandwiches, wraps and salads that are served to and enjoyed by our guests.

The taste and quality of our tuna make it one of Subway’s most popular products and these baseless accusations threaten to damage our franchisees, small business owners who work tirelessly to uphold the high standards that Subway sets for all of its products, including its tuna.

Unfortunately, this lawsuit is part of a trend in which the named plaintiffs’ attorneys have been targeting the food industry in an effort to make a name for themselves in that space.

So who do you believe here? Bear in mind that Subway bread was found to contain too much sugar last year that it couldn’t actually be termed bread, so it doesn’t really surprise me that Subway might be scrimping on the tuna to cut costs and make even more money than they currently do. Just saying. Will be interesting to see how this plays out.

For more of the same, check out this drunken woman’s weird Subway order that was so weird the artist took a picture of it. Lol.