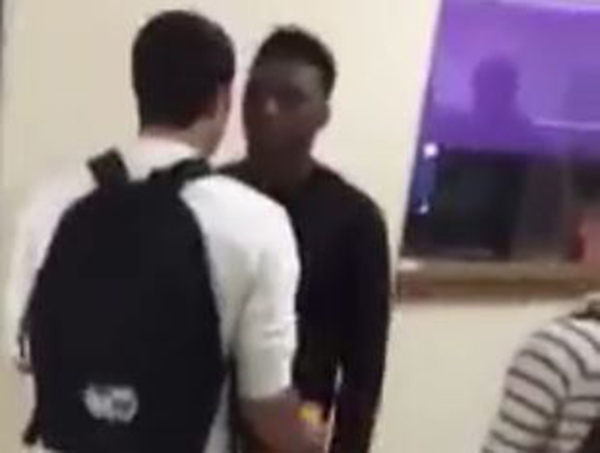 Sub-Zero would be proud.

This video might vex you a bit so we’ll start with the good news that the student who did the sucker-punching has been arrested and charged with aggravated assault, and the kid who got knocked out has fully recovered.

It’s just as well because I thought for sure he’d just got hit with one of Sub Zero’s finishing moves the way he just freezes up on the ground:

Such a cheap double sucker punch though. Basically knocked the other kid out before he even knew he was in a fight. Still had his orange in his hand and everything. I just hope the assailant gets punished all the way for this.

Shame it couldn’t turn into one of those bullying fail videos. Those always put a smile on your face.