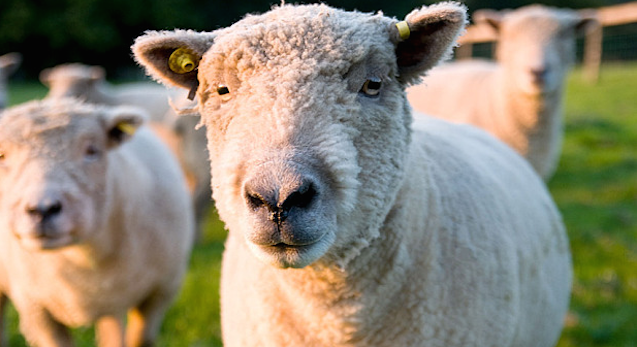 No, he wasn’t from Wales.

Back when you were at school or college or whatever, there was one time of the year when everyone completely lost their shit and spent all day in the library studying because they were shit scared of failing their exams and their parents taking away their allowance.

One guy has found the perfect way to deal with this time of year though – by having sex with sheep.

The unnamed 23 year old man was discovered on Fresno University campus when another student heard what he described as ‘bizarre noises’ coming from a barn on campus. He called security and they bust in and found the other student in the middle of the act. He was completely wasted and was later arrested and charged with the sexual assault of an animal.

When being interviewed by the police he tried to justify his actions by saying that he was stressed out about his upcoming midterm exams (these ones aren’t even that hard or important – what a pussy) so he went to the barn to try and let off some steam by beating up some animals. Mature. However, when the security guards revealed that they had seen him pumping the sheep, the kid changed his story and admitted it although he also said it was his first time. Again, sounds likely.

He then asked if he was likely to be expelled for it. I guess he was so stressed out about his midterm because he was so fucking dumb.