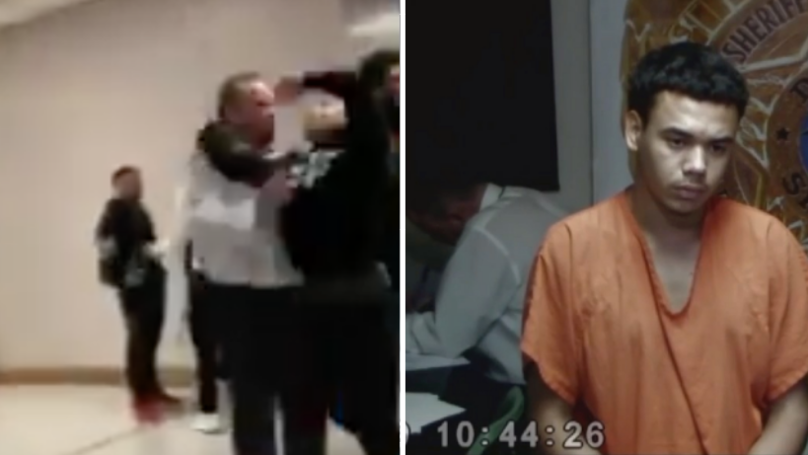 If we had it our way every student would be able to RKO their school principal/headmaster at least once, but alas that sort of thing is very much frowned upon, as this student in Florida found out this week.

Must have taken balls to try that, but have to say that was a pretty poor RKO technique. No wonder the principal reversed it with so much ease.

Here are some tips from the master of the RKO himself – you’ve got to really get a good grip and come off the floor a little bit before nailing the move:

And this one, probably the best RKO of all time – look how gassed Randy Orton is after he nails it:

For the time Randy Orton was accused of pulling his dick out and sexually harrassing WWE writers, click HERE. They don’t call him ‘the Viper’ for nothing.