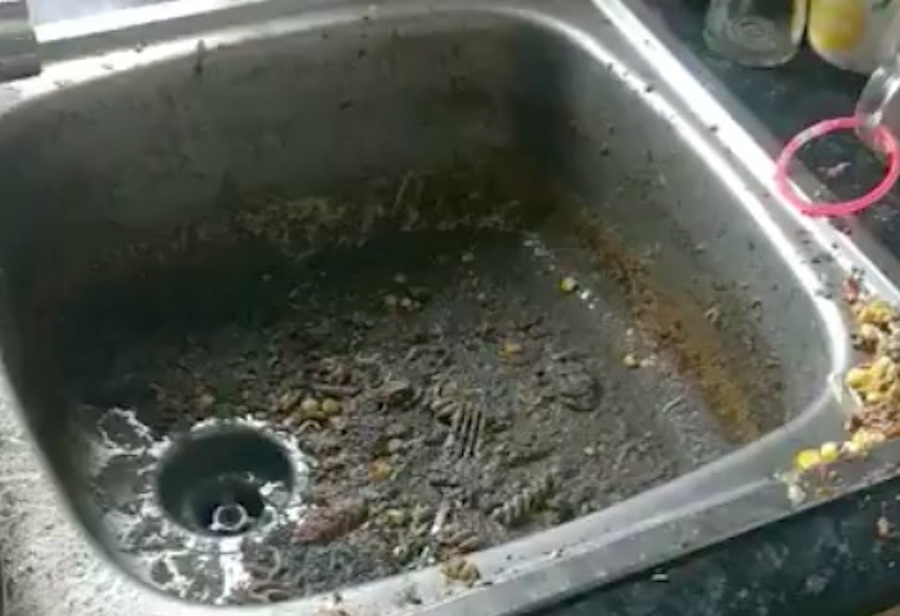 We all know that student digs can get pretty messy at times, but this story takes it to a disgusting new level.

After a short stay away, Matt Sterling returned to his student accommodation at the University of Bristol to find that the place had been left in an absolute state.

The other tenants had left raw sewage in the sink, unwashed dishes that had been used as ash trays, a washing machine that was full of dirty water and a filthy fridge.

And if that weren’t bad enough, there were only a couple more days left on the contract, meaning poor old Matt had to clean the lot up on his own. Otherwise it would have meant no deposit for him. I have no idea where the other guys were – clearly they weren’t too fussed about the security deposit and were happier to just leave their mess everywhere.

The absolute state of my student flat after being away for 6 weeks and returning 2 days before the tenancy ends pic.twitter.com/TDA6iO32Ul

Wow, that is an actual joke. The washing machine at the end was just the icing on the cake, wasn’t it? I hope that Matt got his deposit back and I pray for the next people who have to deal with those tenants as flat mates. Dirtbags.

This might be even filthier than the student halls that got voted the worst in the country. The human poo in the sink is the clincher.