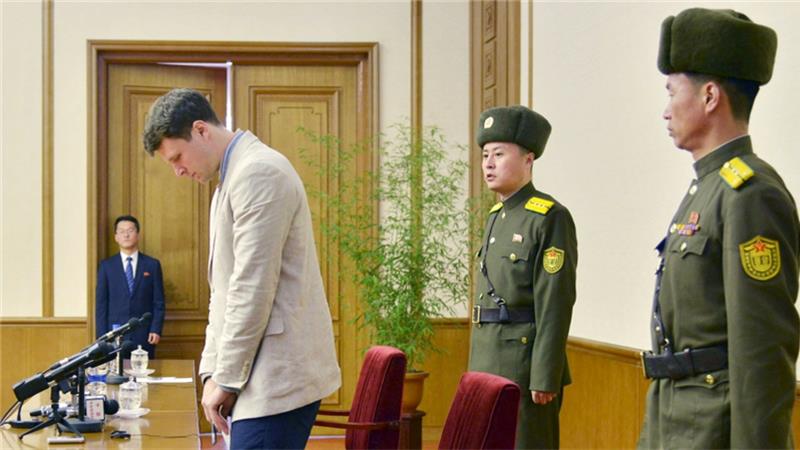 I can’t believe this kid is still there.

Remember two months ago we wrote about the American uni student who was being detained in North Korea for a “hostile act”? Totally forgot about the guy. Well turns out he’s STILL there, which might just qualify him for worst holiday backfire in history.

At the time it wasn’t clear what 21-year-old Otto Warmbrier had done to offend anyone, but it’s now been revealed he attempted to steal a political banner as a souvenir.

Earlier today he appeared on state television and was forced to apologise:

Dude’s looking like the oldest 21 year old of all time. Honestly I’m amazed this wasn’t more of an American emergency and that they just let North Korea make this kid their bitch. Maybe even more surprising is the fact he’s still alive. Is Kim going soft on us or what? (Yeah, no).

Also not sure about that line that someone from his church offered him a car if he brought back a “trophy” from N Korea. They asked you for an apology dude, not an excuse. Man up for your country one time.