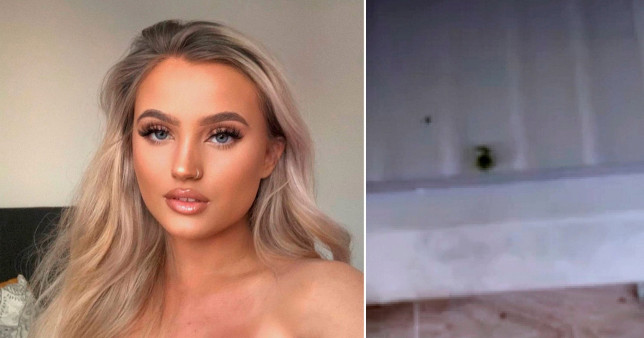 It’s well known that landlords are the absolute worst when it comes to treating their tenants with even the slightest bit of humanity, but sometimes you hear a story like this one that most people would struggle to believe actually happened in reality.

20 year old Matilda Hargeaves was living in a seven bedroom house with just two other people whilst she studied English Literature at John Moores University in Liverpool and as such you can imagine that the landlord was probably under a bit of stress to pay his mortgage because he wasn’t getting the income on the flat that he was expecting. Naturally, this meant that he decided to take it out on his tenants, telling Matilda that she couldn’t get her £210 deposit back because she had left one single pea in the freezer.

Here’s what she had to say about the ordeal:

We were shocked so much had been taken.

I felt like replying saying for £210 I’ll come and clean it myself. It wouldn’t have taken long.

We did have a good chuckle at it. One of the images they sent that really made us laugh was the outside area.

When we moved in, there was a lot of cardboard and we cleared it. But because we left a couple of bits of it, behind they’ve charged us for that as well.

We’ve had a hard year during Covid as students. We had issues all year with the WiFi, we were emailing them telling them our lectures were online, and it was to no avail.

We lost a year of our student lives; it was very draining. They should’ve cut us some slack.

We were debating appealing it, but we were so fed up with everything we thought, let’s just take it.

It’s so frustrating dealing with student landlord companies because they can make you feel like you don’t know anything. But we’re lucky we’ve got parents that have experience in this.

I’m not really sure what she’s saying there at the end as she said that she’s not going to fight it, but then says that she’s been dealing with student landlord companies and that her parents are involved too? Kinda sounds a bit contradictory?

Anyway, that isn’t the important part of this article as it’s obviously outrageous that this idiot is keeping their deposit for leaving a pea in the freezer and leaving a bottle of Febreze in a room. I don’t really see why they wouldn’t try and fight this because that really is completely and utterly crazy that someone would be able to do that and get away with it? Surely that can’t actually be a thing here?

For more of the same, check out these disgusting landlords that demanded daily unprotected sex in exchange for rent. Absolute scumbags.