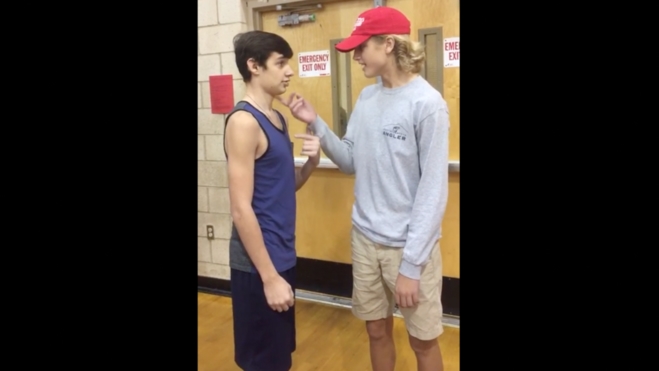 This video went up on Worldstar earlier and while there’s no way of telling exactly what started the fight, I’m willing to guess that the fact one student is wearing a MAGA hat has something to do with them not being the best of pals.

Eventually the dude in the vest sees an opening to deliver the killer knockout punch, but things don’t quite work out the way he would have hoped:

Not the result he wanted and probably not the result most people watching would have wanted, but hey, you can’t win ’em all. I guess he had no choice but to at least try and knock the Trump supporter out after he tickled his chin like a little child (straight out of the Trump playbook), but much like old Donnie the kid wasn’t going down without a fight. Can’t we all just get along?

For the Florida man who went on a meth-induced rampage because Donald Trump owes him one trillion dollars, click HERE.