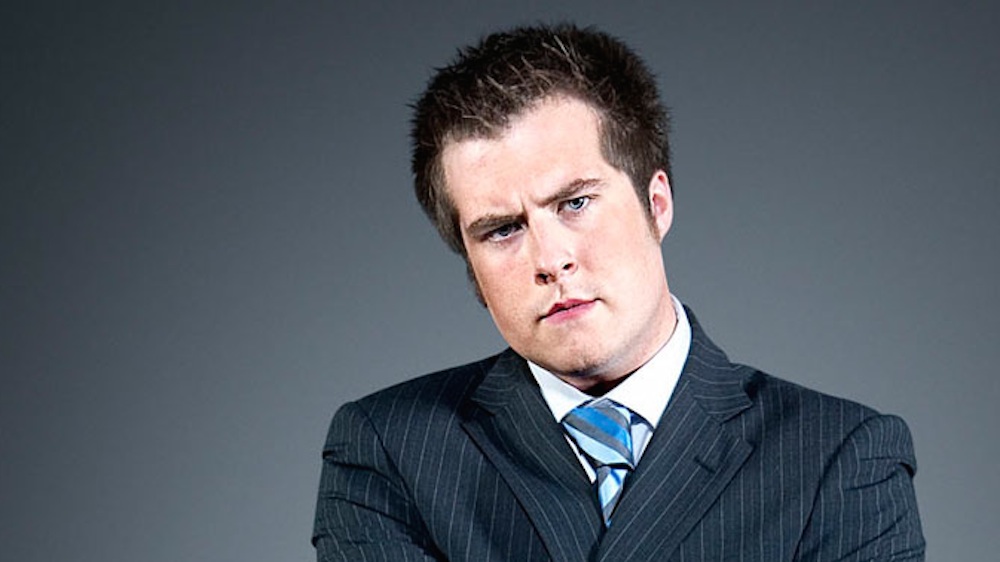 Stuart Baggs shot to fame as the pantomime villain of the show in 2010. RIP.

Stuart Baggs – who was undoubtedly one of the standout contestants throughout the whole run of The Apprentice – has been found dead in his apartment on the Isle Of Man at the age of 27.

Stuart became almost iconic on the show thanks to his smarmy image, complete with cringey catchphrases like ‘everything I touch turns to sold’ and ‘I’m Stuart Baggs the brand’, but he became sort of likeable as the series continued and he almost won the big prize, I think making it to the final three or four in 2010. He was a bit of a pantomime villain – being the youngest ever contestant on the show and always bigging himself up – but he was a great character and it obviously completely sucks that he’s died.

Our condolences go out to his friends and family. RIP. Alan Sugar has also tweeted a similar statement:

terrible news Stuart Baggs has died. My sincere condolances to his family and friends RIP one of the stand out characters of the apprentice

A spokesperson for the police said his death wasn’t being treated as suspicious and currently the cause of it is unknown. Here’s a more detailed statement:

Police can now confirm that the man is Stuart Mark Alden Baggs, 27 years of age. Police confirm that at this time there is nothing obvious to indicate the cause of his untimely death and enquiries will continue. The police request that consideration is given to the privacy of the family and friends at this difficult time.

Here’s a compilation of Stuart’s best bits from The Apprentice. RIP. If you’re really bummed out maybe check out CassetteBoy Vs The Apprentice 2 afterwards to try and cheer you up.