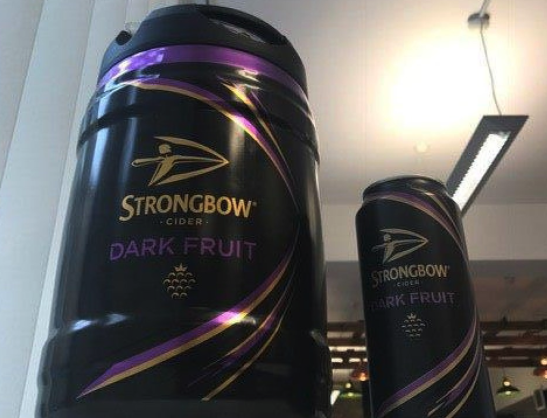 I’ve never really been that into drinking cider but I’ve gotta say I do actually enjoy the Strongbow Dark Fruits version of the drink and so I’m pretty excited about the news that they’re going to be releasing a whole keg of the stuff to buy from supermarkets this Easter.

The brand announced the news via Twitter yesterday in a special Valentine’s Day tweet which you can see below:

Looks big doesn’t it? It’s a bit rubbish of them to tell us it’s coming out but then not give us a release date, but I suppose the fact of the matter is that it does exist and it is coming and it’s going to be a great thing to take into the back garden and get pissed with when you’re having a a BBQ this summer.

And never fear, if you’re not into Dark Fruits yet then Strongbow are going to be bringing out their original recipe in the keg format this summer too. Looks like it’s going to be one hell of a year.

For more cider, check out the seven deadly sins of Frosty Jack’s. Damn.