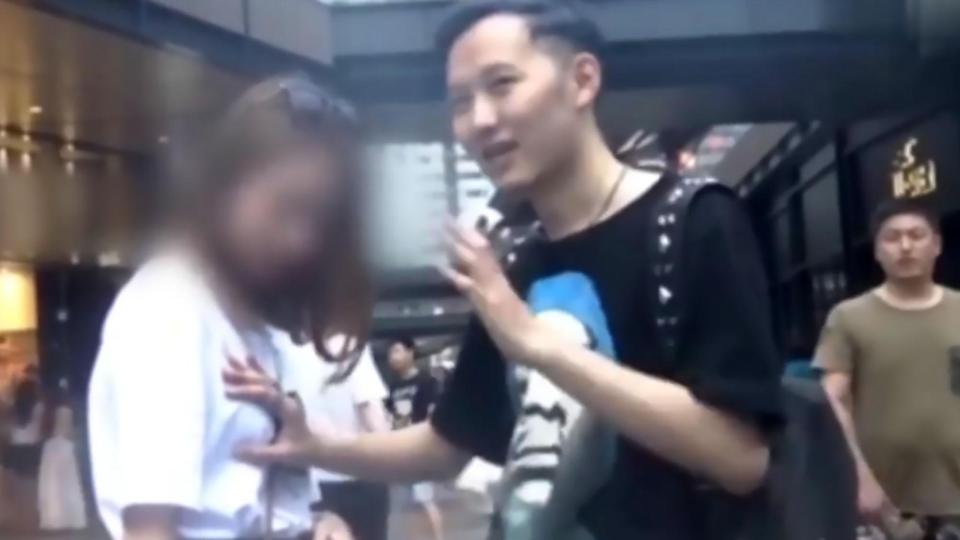 A street magician has been arrested after he got busted using his performance as an excuse to grope women’s breasts.

The unnamed suspect was caught after an audience member spotted the unorthodox routine and offered a cash prize for his capture. Before long, the magician had been tracked down in Chengdu, China, where he was captured and prosecuted for harassment charges.

The trick itself involves the dude “making a coin disappear” before making it reappear in the woman’s bra. In short, it involves a lot of boob grabbing:

I’m surprised none of those women smacked him away, especially with such a smarmy grin on his face. Pervert.

In case you were wondering, the part where he looked remorseful at the end was his public apology, where he said he was, “sorry for the inconvenience”. I’m not so sure about the wording there – he’s making it sound like being publicly molested is the same as bursting someone’s tire.

To read about the 12-year-old pregnant girl who said that she molested Michael Jackson (charming), click HERE.