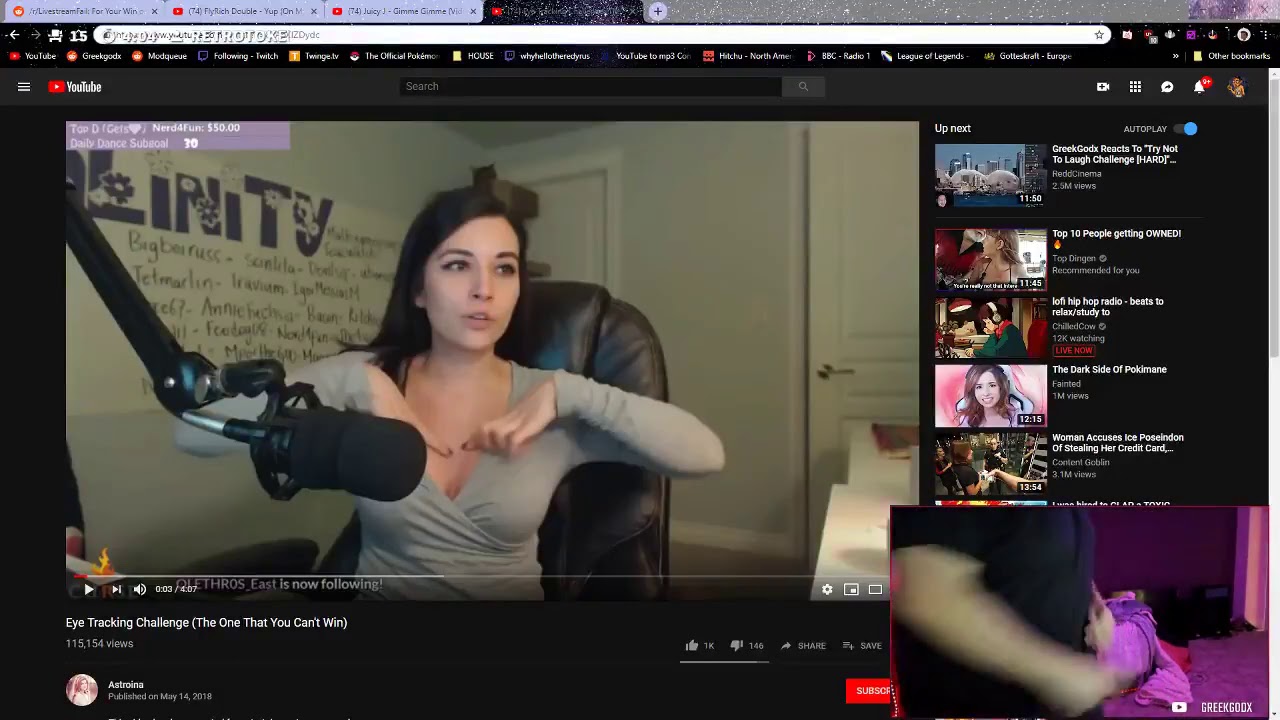 There was no shortage of viral video gold in 2019, but I think this effort from video game streamer GreekGodX takes the cake.

The idea is simple – the live-streamer uses an eye tracker so viewers can see exactly where on the screen he’s focused on at all times. The way he hypes it up though and rallies the troops behind him is what really makes this an internet classic.

Make sure you watch till the end:

Brilliant stuff. That ending had me rolling on the floor. He literally could not have looked at those boobs any faster if he tried. But hey, got to give him credit for even attempting this challenge. Was never going to be easy, was it?

For more boobs, get a load of the trans woman who wants to get pair implanted on her head. Why not eh?