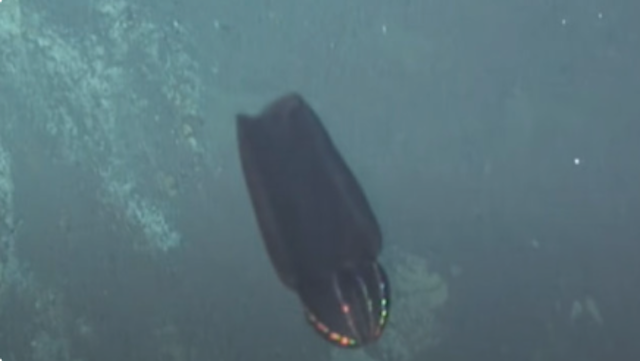 What is going on here?

I’ve said it multiple times over the years on these pages, but I genuinely think that the bottom of the ocean is one of the creepiest places in the world because there are so many weird, horrific looking creatures down there that we don’t even know about yet and here’s another one.

This is a really weird video so make sure you watch it all the way through because you literally won’t believe what you’re seeing here as it goes along, because the creature changes from a sort of ninja blade shaped into a cone with tentacles and loads of flashing lights. It’s really quite strange and unexplainable:

What the heck? Nobody has any idea what that is with people speculating that it’s some kind of weird squid/cuttlefish that hasn’t been discovered yet or maybe even some messed up alien biomechanical technology, which isn’t really that outrageous when you look at it. No idea how that could be something that’s just been hanging around at the bottom of the ocean doing shit like that all the time. Surely not?

If it helps your research, the video was taken somewhere in the Indian Ocean off the coast of East Africa. Really doubt that it is though.

For more of the same, check out our old series on the weirdest creatures underneath the ocean. Some of these are absolute killers.