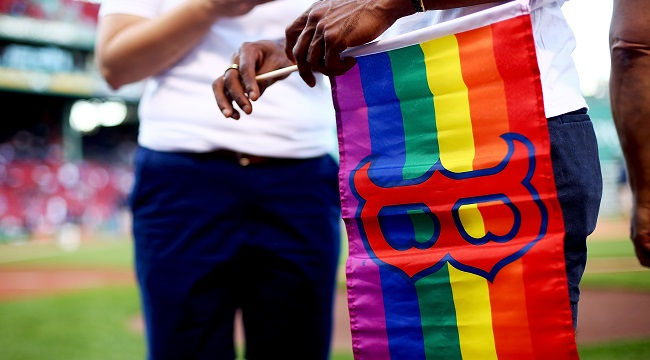 Just to be clear from the beginning, I, as a straight male, fully support straight people. Controversial, I know.

I mean they have their flaws just like LGBT people or any other group/individual because as we all know, nobody is perfect. But we all have our positive qualities too. For example, straight people mate with the opposite sex, which helps create life. I think from a biological perspective, that’s quite a good thing.

That being said, is there any point whatsoever in holding a ‘straight pride parade’ other than to troll people who aren’t straight?

Think about it. These ‘pride’ parades are meant to be a bit of fun. It just seems like the only people who would organise/attend a ‘straight pride parade’ are incels, Tommy Robinson supporters and middle aged dads in fanny packs. Not to mention it’s going to be an absolute sausage fest. I don’t know how that’s going to compete with the pomp and spectacle of the original Pride parades. Let’s be real – it’s going to be an underwhelming and ultimately unnecessary embarrassment by comparison.

This girl on Twitter sums up the ridiculousness of it perfectly:

me explaining to my boyfriend why we’re going to straight pride pic.twitter.com/ZtXpLaV05s

And some more reaction:

the straight pride parade in boston should have a completely straight parade route, i thought i’d save them some time by drawing one pic.twitter.com/afbUi8mtnu

You can’t have a Straight Pride Parade. Parades are inherently gay. Embrace it.

The straight pride parade will be mostly men because very few women will get to come.

A more accurate name for the Straight Pride Parade would be Incelebration.

Isn’t a straight pride parade just the drive thru line at Chick-Fil-A?

So yeah, it just seems like anyone who’d push for or attend a straight pride parade is just as annoying and moronic as the whiny activist types we get so much of these days. Good luck to them if they actually go ahead with it, but I reckon it’s best we leave the pride parades to the people who know how to do them right.