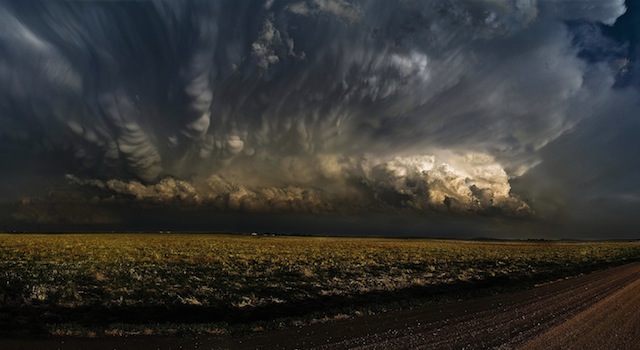 The apocalypse is drawing ever near. These scary bastards are the first sign of how close it is until the whole world burns.

Alright, I think clouds are awesome. Don’t think I’m one of those guys who steps out every day and heads to the park and lies down with my little picnic box and stares at the clouds, wanking whenever one floats by that resembles a pair of boobs or Cat Deeley’s nose, because I’m not like that. Not anymore, anyway. That shit’s long gone. The medication was worth all that moolah.

Nah, I like clouds because they seem to be pretty legit guys and just kinda hang around and chill out all day with their buddies while managing to travel the world without paying for a flight or anything. You can just imagine a smoking sesh with some clouds being really tight and proper ambient and sorta makes me wish one of those clouds would come down from that big blue and say hello with a big bag of green. I dunno if I’m stoned or not but that’d be some pretty awesome times.

â˜› Stoners On The Front Line: Inside Afghanistan – Fighting Alongside Stoned Afghan Soldiers

The thing is with clouds is that they’re so friendly that, even though they can’t talk or anything, they tell us whenever a massive storm is about to unleash upon us or whenever it’s about to piss down just by changing their colour. They’re chameleons of the sky and have often saved us from leaving the house in a pair of shorts and a t-shirt when it’s just about to rain by giving us the big grey-black signal on their fluffy, candyfloss-like bodies. As I said, they’re legit guys.

They’re such decent guys that they’ve even started to tell us how close the apocalypse is to starting. Yep, that’s right. The apocalypse. I didn’t used to believe that shit but after spending weeks watching documentaries and programmes and reading different opinions on it all, my mind has altered (like Miley Cyrus’ appearance) and has morphed into a believer. These clouds are some of the coolest (and also the creepiest) I have ever seen. If you saw these, would you stop to film them or would you run away like a little orphan boy who’s just stolen bread? I’d probably curl up and let the final destruction commence.