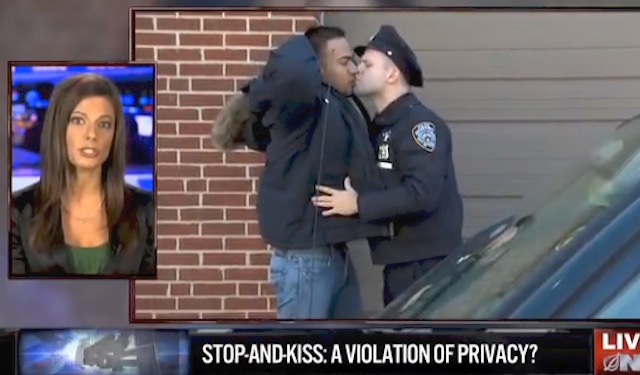 You would have to be a complete idiot to believe the Onion’s story on stop-and-kiss police tactics, fortunately for us many people on Twitter did.

So the Onion posted this brilliant video in which they debate the NYPD’s new Stop-And-Kiss program, where police give you a kiss during routine stop and searches. Clearly you’d have to be a complete moron to believe this was real but it turns out plenty of people (Americans) did.

Fuck NYPD That “Stop & Kiss Program” Is Gay As Fuck & Out Of Line !

Yo WTF they really got a fuckin kiss and stop law

I don’t get the whole stop and kiss concept in New York……..