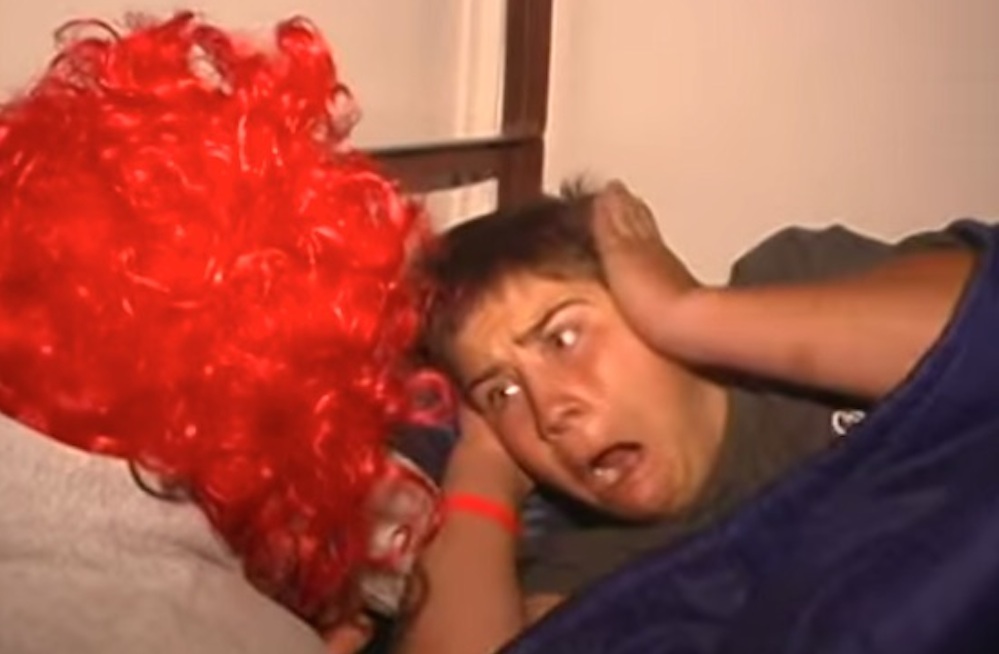 I went on a summer camp once when I was a kid but my counsellors were nowhere near as cool as the guys in this video.

You don’t actually see them getting high but it’s pretty clear that both of them are completely stoned off their rocker from the way they’re acting and their glazed over eyes. And the fact that they’re up at 5 a.m. playing pranks on the kids on their summer camp and laughing their asses off uncontrollably.

In fairness to them the prank is actually hilarious so it’s no surprise that they’re laughing so much, even if it isn’t that original. They just put on clown masks and wake up the kids who are asleep and watch them completely freak out as they realise that there’s a scary killer clown staring them in the face. I mean it’s not exactly as scary as some of the killer clown pranks we’ve featured on the site before, but if you woke up with that in your face then you wouldn’t know what was happening and would freak out massively, like everyone does in the video.

The fact that the two guys also carry a microphone around with them when they’re doing the prank only makes it even dumber/funnier. Seriously, these guys are funny and are just the kind of counsellors you would want to have if you were doing a summer camp, unlike the stuck up disciplinarians I was lumbered with. Not still bitter about that trip or anything.