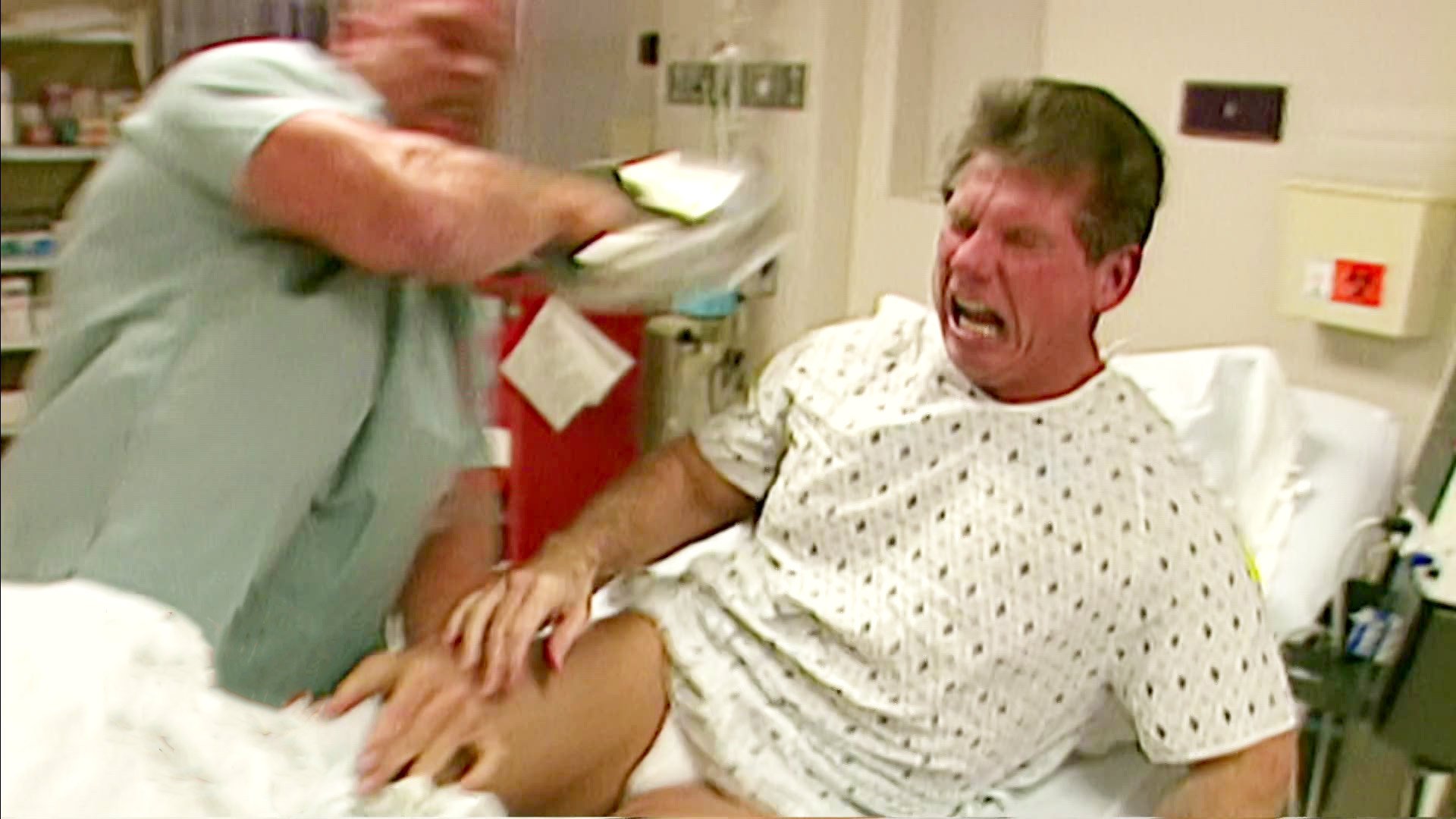 The NHS has gone downhill.

The defining feud of the WWF/WWE Attitude Era in the late 90s was Stone Cold Steve Austin Vs Vince McMahon, which 9 times out of 10 involved Stone Cold demolishing his billionaire boss with Stone Cold Stunners, chair shots and on one occasion blasting him with a massive jet-powered beer hose.

One of the best interactions between these two though was probably when Vince McMahon wound up in hospital (after a Stone Cold beatdown, duh) and then Austin showed up dressed as a doctor and beat the absolute shit out him, even walloping him over the head with a bed pan:

Classic stuff. Fair play to Vince – the guy could have sat back and counted his money all day but he spent years  allowing his employees to kick the shit out of him and making a tit of himself on TV. I guess that’s why he’s a billionaire in the first place.