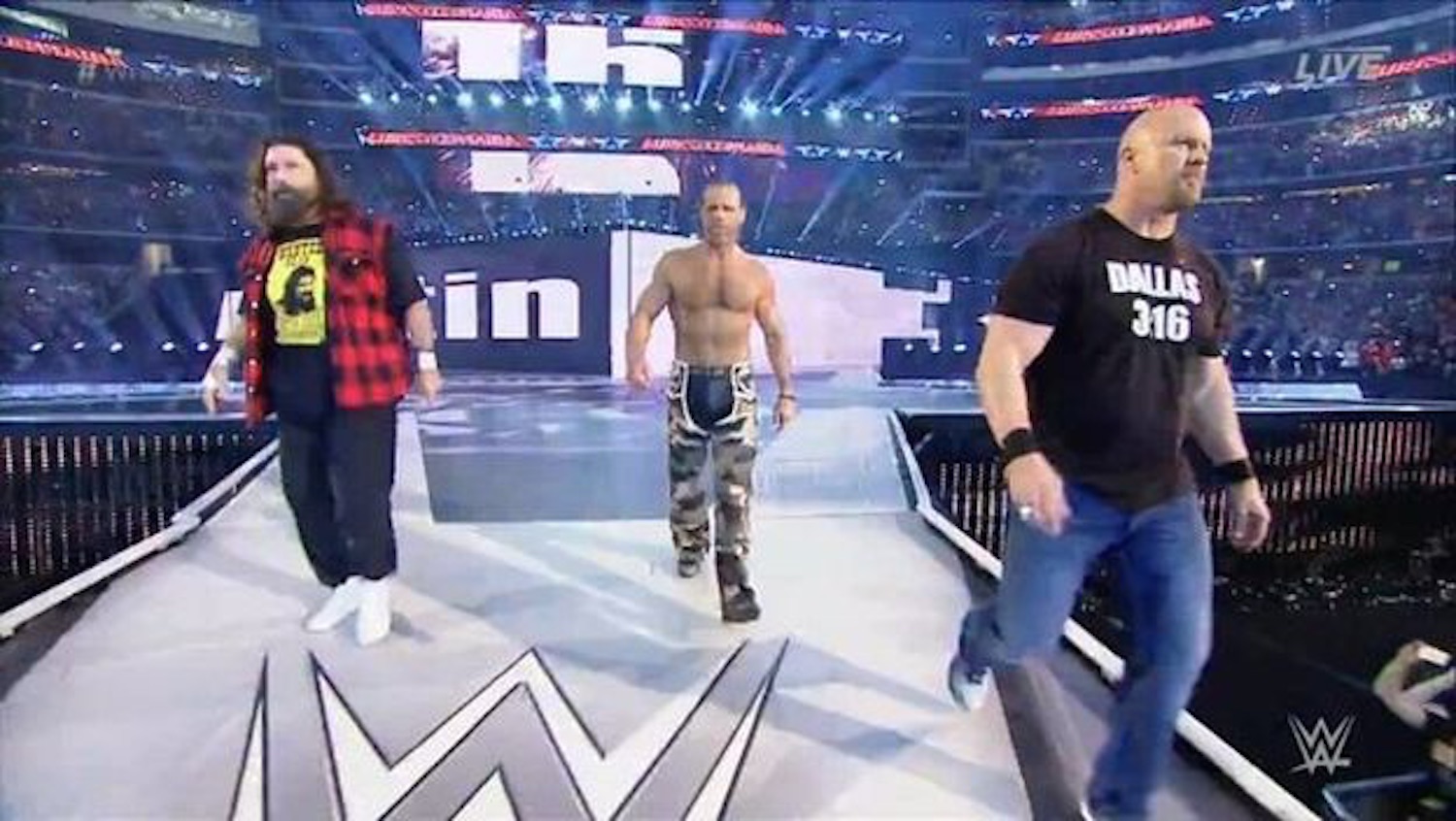 Nothing better than the return of three legends.

Last night we saw wrestling’s annual showpiece extravaganza head to the AT & T Arena in Arlington, Texas for its showcase event and although most of the posts I’m seeing on social media today seem to sound pretty disappointed with it, there was undoubtedly one part of the show that delighted people and that was when three bonafide WWE legends made their returns.

The League Of Nations were fighting The New Day in a match and after The League won, Lord Barrett got on the mic and said that they were the toughest guys in WWE history. Of course, they probably should have known better than to say that because it led to Cactus Jack, The Heartbreak Kid Shawn Michaels and Stone Cold Steve Austin heading down to the ring to beat the shit out of them.

Here’s a clip of Austin’s entrance and him laying a couple of stunners down:

Following on from that, The New Day tried to get the three legends to dance with them. Michaels and Cactus Jack got into it and Austin did for a little bit, but he obviously soon got bored and hit Xavier Woods with the stunner instead. Classic Austin.

There aren’t any clips after that, but I’m guessing he probably got a whole bunch of beers and poured them all over himself. It’s a 50/50 whether he threw them to Cactus Jack and Michaels and got them to down them too or not, because he quite easily could have ended up stunnering them too – you just never know with Austin.

Here are some highlights of the whole thing, but it’s kinda jumpy which is why I’ve included it at the end rather than at the start. Also it’ll probably get deleted pretty soon as well.

As you can see, it looks like Austin just had some beers with them this time rather than nailing them with his finisher again. Too bad. For more awesome stunners, check out these two guys doing it at their graduation ceremony.