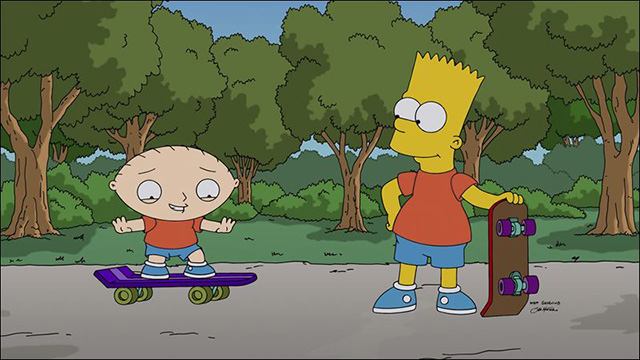 Should The Simpsons creators remove this joke?

The Simpsons/Family Guy crossover episode (5-minute preview here) hasn’t even aired yet but people are already freaking out over a joke from a leaked scene where the punch line is “your sister’s getting raped.”

In the scene, Bart is showing Stewie how to execute the perfect prank phone call. Bart calls up Moe’s Tavern and asks if there’s anyone there with last name Keybum, first name Lee. When Moe calls out for “leaky bum” everyone cracks up.

Stewie then makes his own prank phone call. “Hello Moe?”, he says. “Your sister’s being raped.”

Some dweeb called Tim Winter who works for the Parents Television Council said he was ‘blown out of his shoes’ when he saw the scene with the rape joke in it and called for Simpsons creator Matt Groening to remove the joke.

Blown out of your shoes dude? Really? 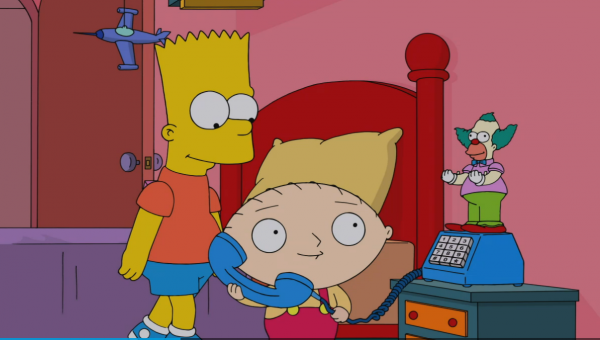 Thankfully, the Rape, Abuse and Incest National Network had more sense when asked how they felt about the joke. Spokesperson Katherine Hull Fliflet said:

I think the show is making it clear that rape is not funny by how they are positioning the joke. It’s my hope that would be the viewers’ take-away.

Which sounds about right — the point of the joke is that Stewie is ridiculous for saying it. Same way you might be cracking jokes with your buddies and one of them will take it way too far; Stewie is that guy. If you’re a cool person you get that they’re just making fun of that but if you’re someone who gets offended anytime the word ‘rape’ is involved then you’re a giant pussy who shouldn’t be watching cartoons.

What are we supposed to – ban the word altogether?