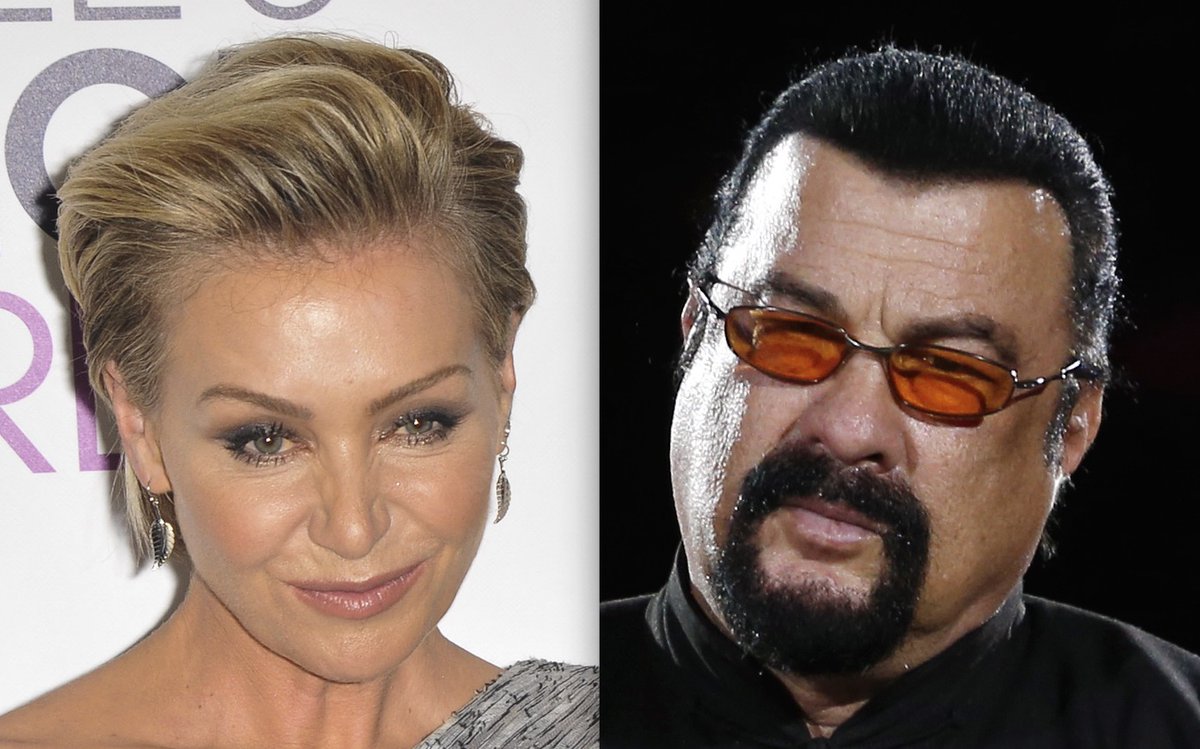 Several other women have also accused him of sexual harassment.

As the days go on, it seems like pretty much every single male in Hollywood is a complete and utter creep and the latest man to be implicated by several women is Steven Segal.

Segal might seem like a bit of a joke now, but it’s probably worth remembering that he was actually a  pretty big name in the 90s/early 00s thanks to movies like Under Siege and um,  The Glimmer Man (?) and Half Past Dead (??) and that’s apparently how he could act like the following women are accusing him acting and get away with it. Portia De Rossi is the latest woman to come up with this sordid tale of her audition for one of his movies:

My final audition for a Steven Segal movie took place in his office. He told me how important it was to have chemistry off-screen as he sat me down and unzipped his leather pants. I️ ran out and called my agent. Unfazed, she replied, “well, I didn’t know if he was your type.”

Ewww. Literally such lewd and creepy behaviour from the guy there, and it’s kinda backed up in this story from Lisa Guerrero, who claims that Segal opened the door to her for an audition wearing a silk kimono and nothing else. When she refused to join him in his dressing room, she was subsequently cut from the film. So inappropriate.

Julianna Marguiles also has another audition story about Segal, although this one is more weird than sexually messed up (courtesy of The Hollywood Reporter):

I was persuaded to meet Segal late at night by a female casting director who insisted he wanted to go over a scene.

I got to the hotel around 10:40, and she [the casting director] wasn’t there. And he was alone and he made sure that I saw his gun, which I had never seen a gun in real life.

I felt like I had been set up by the casting director. I learned I should never go to private meetings alone.

Advice that has no doubt served her well in the industry since then. Sounds like Segal was a real creep though from what these women are saying, although he might not be in such a position of power now as he’s hardly a big shot player like most of the guys who have been named so far. I suppose we should be thankful for that in some small way.

For more Hollywood creeps, click here. So many of them now.