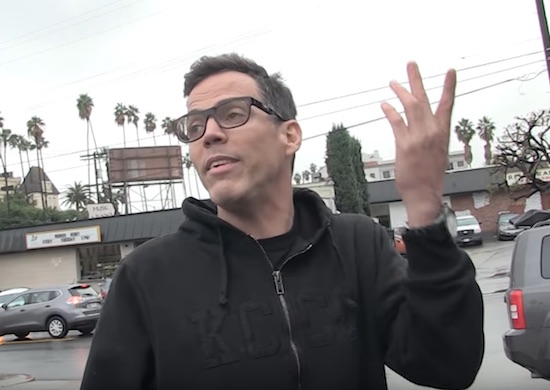 Bam Margera and Steve-O were two of the breakout stars of Jackass back in the early 00s, but both of them have had well documented struggles with addiction after becoming two of the most famous people in the world.

Last week, Bam got pulled over by the cops with a DUI and his family announced that he would be heading back to rehab following the incident. TMZ decided to catch up with his old buddy Steve-O – who has been sober for some time now – to see if he could offer him some advice about the whole process of getting sober. Steve-O was only too happy to oblige and actually had some wise words for his former Jackass co-star:

For more Steve-O, check him out pushing himself to the limit in his new TV show. Great to see him back.