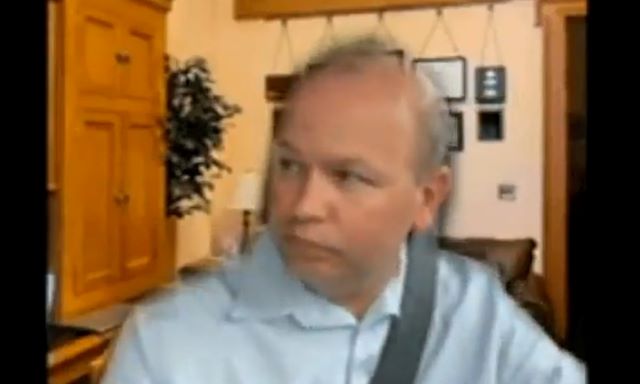 A state senator over in Ohio is catching some heat for driving whilst participating in a Zoom call, and using a fake background of his home office in order to pretend he was at his desk.

The funniest part about it? Andrew Brenner was taking part in an important meeting about… distracted driving.

This Ohio State Senator thought he was slick, using a Zoom background of his home office while driving… debating a bill for harsher penalties for distracted driving https://t.co/XfangsLaHX pic.twitter.com/r55ti7bsma

Hilarious. Apparently the meeting was just 13 minutes long, but those were precious minutes that Brenner couldn’t waste as he had places to go and people to see. It’s just so funny and ironic that this particular meeting was about safe driving and preventing people from distractions on the road.

Then again, how do we know for sure that Brenner was in his car and driving during this meeting? Because he has his seatbelt on and keeps checking his mirrors? As far as I can tell the guy is sat safely at his home office, being the perfect professional while debating how to make the roads safer for his constituents.

Even still, Brenner was confronted about the bizarre situation and had this to say (via Dispatch):

I wasn’t distracted. I was paying attention to the driving and listening to it. I had two meetings that were back to back that were in separate locations. And I’ve actually been on other calls, numerous calls, while driving.

See? He wasn’t distracted at all. Just going to have to take his word for it on that one.

For the quick-thinking lawyer who realised her client was in the same room as her abuser during a Zoom court case, click HERE. Legend.