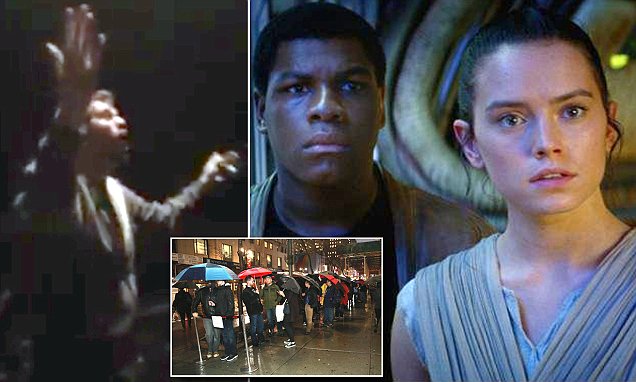 Disney and JJ Abrams worked hard to prevent any Star Wars spoilers leaking onto the Internet early, even refusing to submit the film for any awards to avoid handing out sampler DVDs to judges, but that didn’t help this particular set of fans over in LA.

A whole bunch of them attended the midnight screening at the Arclight cinema (probably in hopes of avoiding spoilers in the coming days), when the projector broke and pretty much ruined everything.

Here’s a (spoiler-free) clip of the mayhem that ensued:

Hilarious. The Star Wars films never did anything for me personally, so it’s hard not to laugh at a group of hardcore fans getting all dressed up and bringing their light sabres to the cinema for a midnight showing… only for the projector to break and ruin one of the biggest plot twists in the film for them. Brutal.