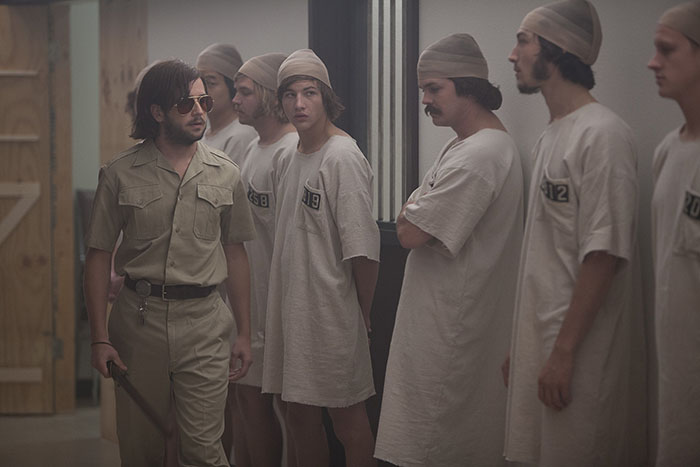 This looks like it’s going to be worth watching.

You might have studied the Stanford Prison Experiment if you did criminology or something like that at uni — it basically involved a group of 24 volunteers acting out as prisoners and guards in a simulated jail to examine abusive behaviour in the prison system. Before too long, those playing guards went on crazy power trips and those playing prisoners became increasingly weak willed and submissive.

Described at the Sundance Film Festival:

The Stanford Prison Experiment’ is a chilling, edge-of-your-seat thriller about the dark side of power and the effects of imprisonment. Featuring an extraordinary cast of rising young actors, including Ezra Miller, Olivia Thirlby, Tye Sheridan, Keir Gilchrist, Michael Angarano, and Thomas Mann.

Based on that, certainly looks worth a watch.

Here’s a list of similarly screwed up movies if you’re stuck for things to watch this weekend.