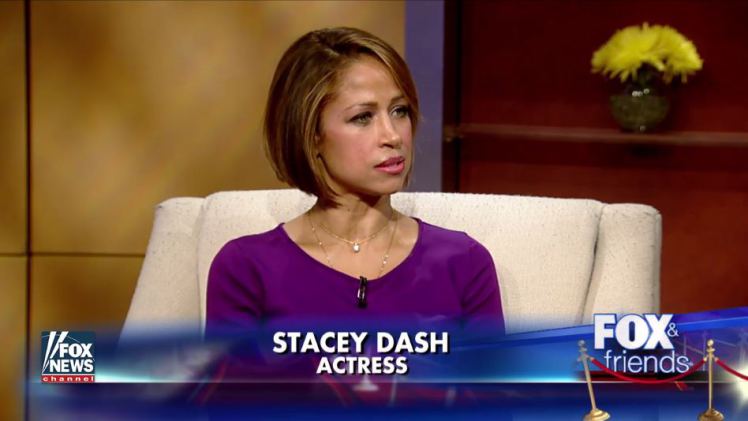 When you’re just asking the Internet to go beast mode on you.

Remember Stacey Dash? She was Dee in Clueless and the girl from Kanye West’s ‘All Falls Down’ video but she’s most famous for looking pretty much the same now as a 49-year-old as she did 20 years ago.

Anyway, during an interview on Fox News, Stacey had an interesting take when asked to give her thoughts on Jada Pinkett-Smith’s vows to boycott the Oscars for ignoring non-white actors (which is another conversation altogether):

If you agree with #StaceyDash black history comments… You have my deepest sympathies. Because you're too ignorant to understand reason!

Wtf is really wrong with you. your ancestors probably doing back flips in their grave dumbass #StaceyDash

P.S. Is the BET awards even a black-only event? Pretty sure Eminem won an award there once.