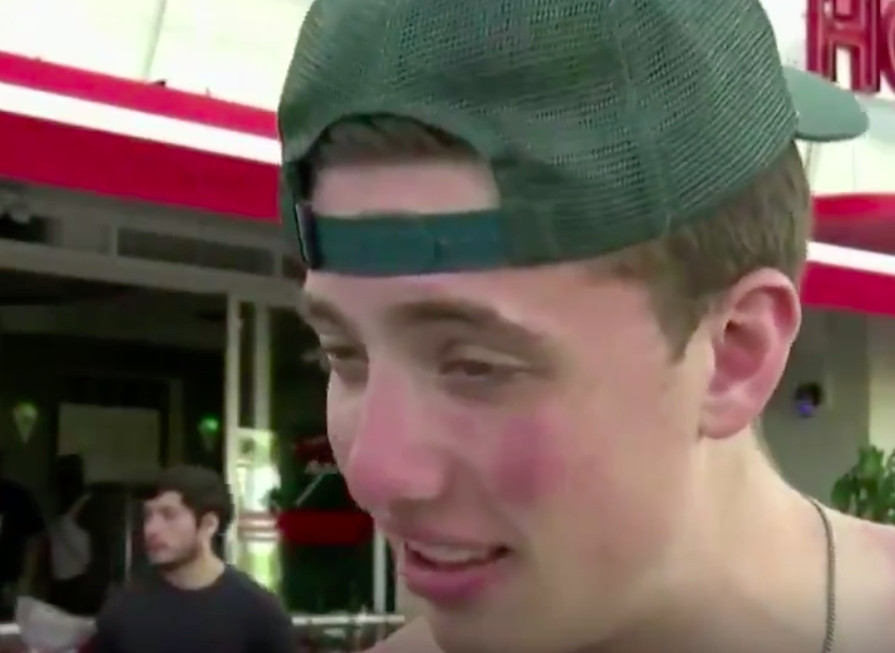 He’s seen the error of his ways.

I’m sure you’ve seen the viral video of the spring breakers heading down to Miami to party because it’s been literally everywhere in the last week or so as people on Twitter were eager to condemn their stupidity, whilst no doubt heading out to their local over the weekend to get pissed with all of their friends one last time before the lockdown.

Sadly for the kids involved in that video – who looked like and probably were on a 72 hour drink and drugs bender (shout out Molly) when it was taken – they don’t have the privilege of anonymity like you and your mates as their faces are probably going to be remembered forever as the poster boys of the Coronavirus crisis. That’s why the main guy in the video has decided to take ownership of his mistake and issue the following heartfelt apology via his Instagram account:

I’ve done a lot of things in my life that I’m not proud of. I’ve failed, I’ve let down, and I’ve made plenty of mistakes. I can’t apologize enough to the people i’ve offended and the lives I’ve insulted. I’m not asking for your forgiveness, or pity. I want to use this as motivation to become a better person, a better son, a better friend, and a better citizen. Listen to your communities and do as health officials say. Life is precious. Don’t be arrogant and think you’re invincible like myself. I’ve learned from these trying times and I’ve felt the repercussions to the fullest. Unfortunately, simply apologizing doesn’t justify my behavior. I’m simply owning up to my mistakes and taking full responsibility for my actions. Thank you for your time, and stay safe everyone. ❤️

Wisely he’s disabled the comments on it.Can you imagine the shit show that would have ensued if he hasn’t?

For what it’s worth hough, I think you’ve really gotta let him off for this one. Sure, he did a completely irresponsible and stupid thing but I’m pretty sure that everyone reading this has done something similar when they were younger – even Theresa May ran through the fields of wheat remember – but thankfully we didn’t have social media back then and everyone calling you out for being a major twat.

And like I was alluding to earlier, most of us probably went to the pub last weekend when we knew there was going to be a lockdown which makes us no better than any of those guys really. Just a little less brazen bout it.

Wherever Brady goes in his life he’s probably gonna be remembered for his stupid interview and he was big enough to come out and at least act like he regretted it so let’s cut him some slack and concentrate on beating this virus ourselves rather than berating the guy. Hopefully his video and apology will also have the knock on effect of making other people see sense about how they should act during this pandemic as well.

For more of the same, check out this US politician saying we can kill Coronavirus with a hair dryer. Dumb.