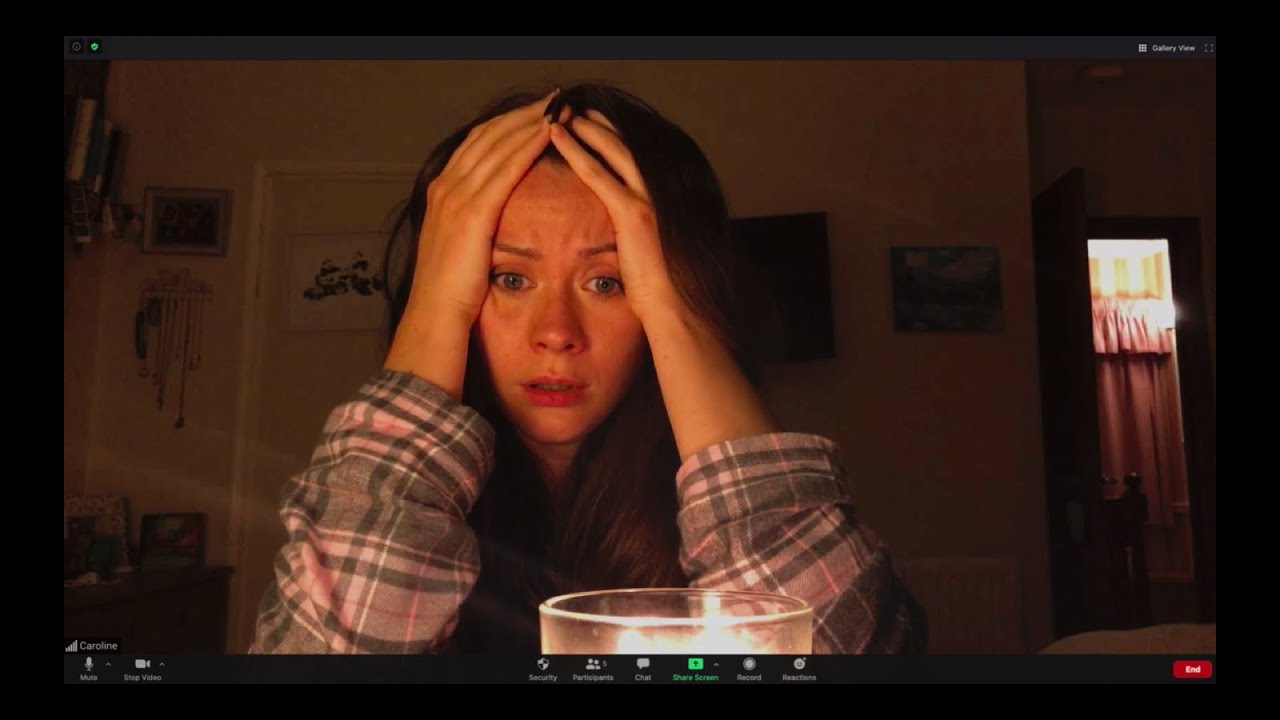 It’s hard to believe that over six months ago most of the population of the world had never heard of a Zoom call given how integral they would become to the very fabric of society, so it makes sense that someone would utilise on as the basis of a horror movie.

That movie is called ‘Host’ and it’s the brainchild of British filmmaker Rob Savage, who decided to make it right at the start of lockdown and managed to write, direct, film and edit it in 12 weeks and it’s now on the front page of horror streaming service Shudder. The film revolves around a group of friends who have organised a seance via a Zoom call and well, everything doesn’t really go according to plan.

You can check out the trailer below:

Looks pretty scary doesn’t it? I can confirm that it is actually really awesome after I stayed up late last night watching it in the dark on my laptop with my headphones plugged in for the full effect.

It’s not really doing anything new but the fact that it lasts as long as a regular Zoom call – 50 minutes – works in its favour and there are a whole bunch of genuine scares and tension filled moments packed into the short running time. One of the main set pieces might borrow heavily from the original ‘Saw’, but that came out around 20 years ago so it’s probably OK to rip it off a bit/pay tribute to it in this way.

Anyway, the movie is great and I can’t recommend it more – you can get a free 7 day pass to Shudder so you don’t even have to sign up to watch it. Make sure you watch it on your laptop though because it really does enhance the experience tenfold.