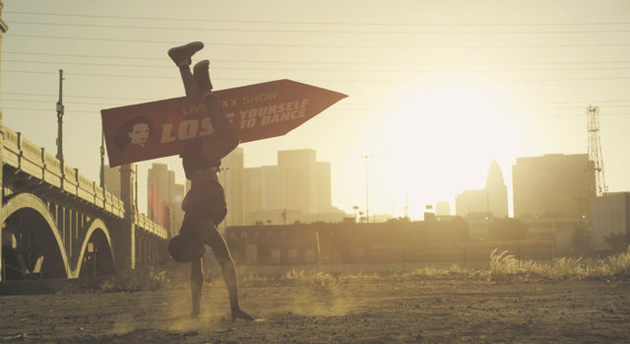 Want to buy this, no? How about if I spin around with a massive bit of card while bopping to Daft Punk? Yup, sold.

When it comes to advertising on the streets of England, you are mainly confronted with people handing out flyers to a shitty nightclub and offering free shots that have a lower alcohol content than my weekday piss. Occasionally though, you will see the classic sandwich board, usually worn by the most depressed man in that town who’s promoting 2 for 1 pizzas. This is where we have to give credit to America, and sign spinning, which is an eye catching way to get your ad noticed.

â˜› Next: Is This Is Best Daft Punk Bass Cover EVER?

The following guys though, take this form of advertisement and transform it into an art, by combining their already impressive sign spinning and adding hints of street dance.  This winning formula made that little more potent by adding some Daft Punk and Nile Rogers as a backing track.

We need more of this on the streets of England. I was blessed with being the best at being shit at everything, so I will not be able to start the ball rolling, but all you business owners out there pay  some attention and put some fucking effort in.  I don’t know what these guys were advertising, but I want to buy it, twice.