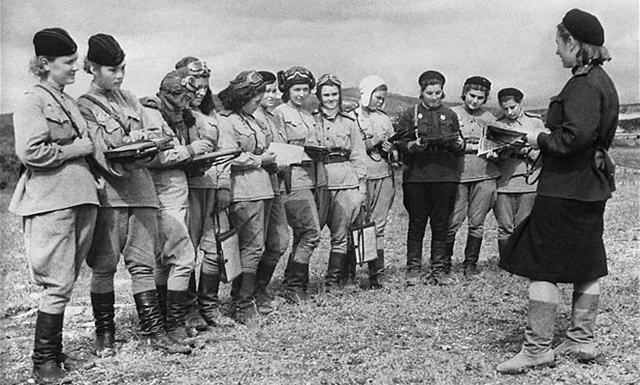 The Night Witches were a group of elite female Soviet night bombers in the Second World War. They kicked arse.

So I was thumbing through a history book today, living it up like a rock star as per usual, when I came across the story of these incredible Soviet women in the Second World War.

Seeing as we love the spectacular and ridiculous things that come out of Russia here at Sick Chirpse, I thought we could share the D-Day spirit of remembrance and pay tribute to some brave, fierce Soviet women who did just as much to save the world from Hitler as the boys on the Normandy beaches did.

â˜› No Stereotypes Here – From Russia With Love

There’s plenty of examples of ferocious women fighting for the Soviets in the war, as they were the only main power who utilised their female citizens to deadly effect on the frontline.

Trust me, if you told any of these women to make you a sandwich, they’d probably feed you your scrotum in a bun.

This is the first in a short series on fighting Soviet women that I have sensitively called Serious Soviet Sisters. I will say at the outset that I am not making any political judgements or condoning the brutality of the USSR, I am merely saluting the fearless women who risked life and limb fighting – and eventually defeating the Third Reich.

These are the Night Witches, and they had bigger balls than you. 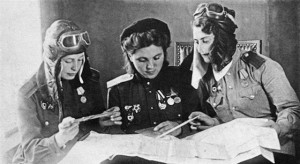 â˜› Read Next – The Most Famous Female Pirates Of All Time

They flew in clapped out Polikarpov PO-2 biplanes made from plywood and canvas that were normally used as crop-dusters. They didn’t have parachutes, they didn’t have guns, they didn’t have radios or radar. They only flew at night, and all they had to navigate was a stopwatch and a map. The planes could only carry two bombs at a time, so pilots had to fly up to 18 missions in a single night.

It already sounds mental doesn’t it?

The war on the eastern front in WW2 was arguably the most brutal military conflict in history. The Germans lost around 5 million soldiers, the Soviets around 10 million – civilian deaths are estimated to lie anywhere between 25-40 million.

Amid this wholesale death and destruction is the story of some of the bravest women to have ever lived.

These Soviet women caused such terror in the German ranks that an Iron Cross – the highest military honour of Nazi Germany – was awarded to anyone who shot down one of their planes.

The 588th Night Bomber Regiment of the Soviet Air Forces was an exclusively female bomber regiment that fought the Germans from 1941 to the end of the war. The pilots were all volunteers in their late teens or early 20s, and their job was to harass the German positions, taking out the troops’ encampments, storage depots and supply lines.

As they could only carry two bombs at a time, the material damage that their bombing raids could inflict was minimal – but the psychological effect on German morale was immense.

A pilot would fly her wooden biplane to the rear of the German lines where soldiers were recuperating from the horrors of the frontline. She would then cut her engines as she approached the target – gliding in through the night to drop her bombs on the unsuspecting German soldiers.

The only warning that soldiers on the ground would get was the whooshing sound of the wooden wings gliding through the air above, just before all hell broke loose.

Superstitious German soldiers likened the sound in the darkness to that of a witch’s broomstick flying overhead, and so called this new terror the Night Witches. 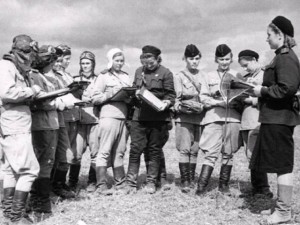