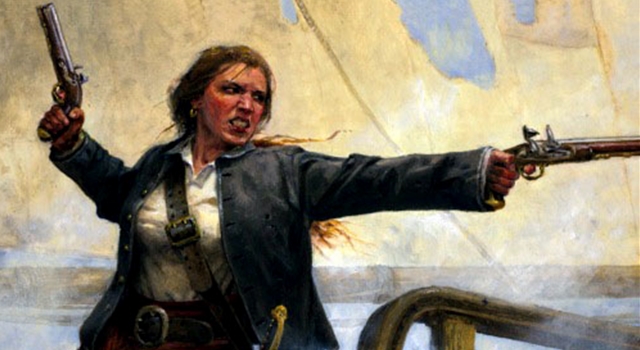 Here’s a couple of tales of female swash bucklers to chill your boots. Tall tales of decapitation and plank walking a plenty.

Piracy is normally considered to be a macho, bloke dominated domain and in the most part I guess that’s pretty true. Black Beard, Blue Beard, Red Beard – all blokes. I’d say that in general it’s the males that tend to be the most vicious and bone headed gender. Personally I blame testosterone and a genetic predisposition for showing off, but that’s just my theory. Throughout history however, there have been a fair few female pirates rummaging around the high seas. Here’s a couple of my personal favourites from the mists of time. Let’s begin in 19th century NY with Sadie the Goat…. 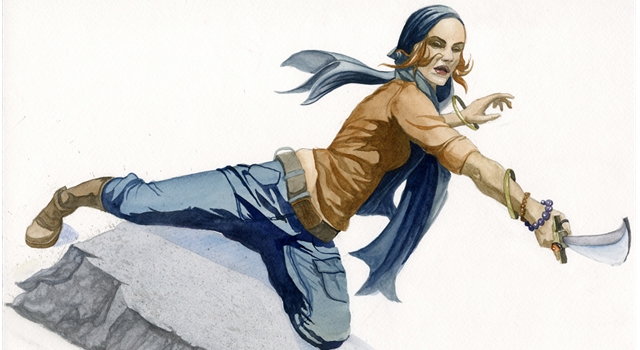 Sadie Farrell, or Sadie the Goat, started out as a notorious and vicious gang leader in New York’s “bloody” 4th Ward. The 4th Ward was a particularly violent place to live and at the time had one of the highest population densities in the world. Just making it to your 21st birthday was considered a victory.

Sadie started her criminality on dry land and was renowned for her odd mugging technique: she would head-butt her victims in the stomach (hence the name “Goat”) giving her male colleagues a chance to give the victim a slung-shot. A slung-shot, just so you know, was when a ruffian would tie a knot in a thick bit of rope and smash it round someone’s head. Apparently it was quite effective.