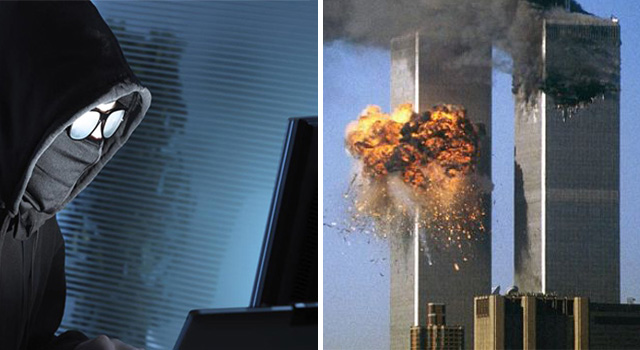 Thought the e-mail leaks were bad? Things are about to get way worse…

The Sony hackers AKA the Guardians of Peace, reportedly working on behalf of North Korea (though the FBI have found no evidence of this), have turned up the heat on Sony big time, after spending the last week or so leaking private Hollywood e-mails (the wildest of which revealed American Hustle director David O. Russell had been molesting his 19-year-old transgender niece.)

That’s nothing compared to what they plan to do to cinemas that choose to show the upcoming Seth Rogen/James Franco movie however. Here’s a message they left in a file cache named after Sony Pictures CEO Michael Lynton this morning:

The world will be full of fear. Remember the 11th of September, 2001. We recommend you to keep yourself distant from the places at that time. (If your house is nearby, you’d better leave.) Whatever comes in the coming days is called by the greed of Sony Pictures Entertainment. All the world will denounce the Sony.

Yikes. The hackers did of course follow through on their original threats of leaking private Sony e-mails, but it’s worth noting that the premiere of the movie in LA last week went off without a hitch. Still, as with any threat of terrorism there’s no doubt this is being taken very seriously indeed.

Will you chance it for a few laughs? The Interview opens in the US next week and in the UK on February 6th.