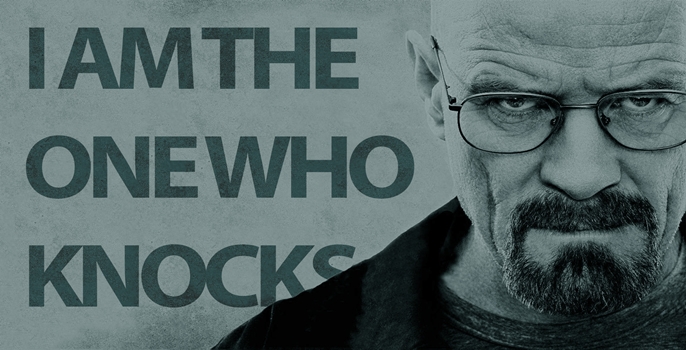 Let’s face it, all of us who watched Breaking Bad probably miss it more than lost loved ones. Personally, I could’ve bathed in the suspense of Walt’s impending demise for the rest of my life and remained a satisfied being. However, even though the show has ended, the hype surrounding it certainly hasn’t and Sony have made a pretty epic video to promote the box set release of the complete series.

UK graf artists Aroe MSK and AVK1 were commissioned to hone their skills (and their yellow overalls) to cook up a graffiti storm of Walter White confessions in graffiti. Being Sony they’ve gone all out on the filming and editing, and throughout the video you’ll hear a few of Walt’s finest quotes, as well as a tidy remake of the theme music.

Well worth a gander: