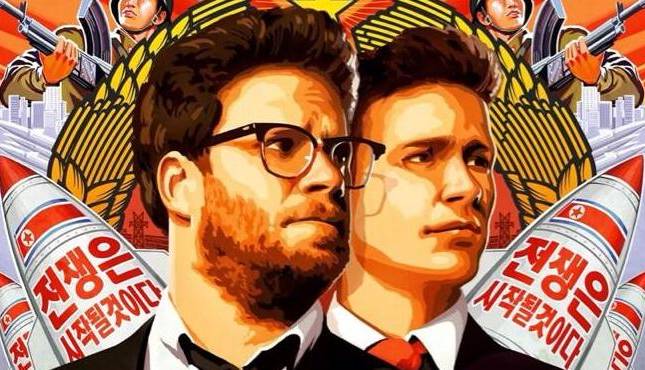 There’s also a gagging order on interviews with the cast and crew.

It’s been speculated ever since the beginning of  the recent hacks on Sony – which have revealed important information to the public like the aliases of famous actors – that the reason for them has been the upcoming release of the controversial new movie ‘The Interview’ which deals with a plot by Seth Rogen and James Franco to assassinate Kim Jong-un.

So, in an attempt to go into damage limitation mode, Sony have reacted accordingly and are trying to appease the hackers by banning all broadcast media from the premiere of the movie on Thursday. There’s also a media gag on them interviewing any members of the cast and crew. Hardly seems like the traditional way to go about promoting a big movie, does it? In any case, it doesn’t seem like it will work because we all know hackers are pieces of shit who will expose everything they can get their hands on and often don’t do it for the money or rewards but merely to embarrass their target – which is definitely working in this situation.

Sony haven’t announced that this is in relation to the hacks themselves, but it doesn’t seem hard to put two and two together and realise that this is the case – especially after it was only announced yesterday following another round of emails being released that showed Sony execs slamming Angelina Jolie and Kevin Hart. It seems like even if the hacks aren’t actually coming from North Korea – it’s never actually been confirmed – then ‘The Interview’ is going to be buried because of them, which is a major bummer because normally Rogen and Franco come up with some funny shit when they work together and if you check out the trailer.

Of course, this all could just be part of the best viral campaign for a movie ever. Remember, there’s no such thing as bad publicity.