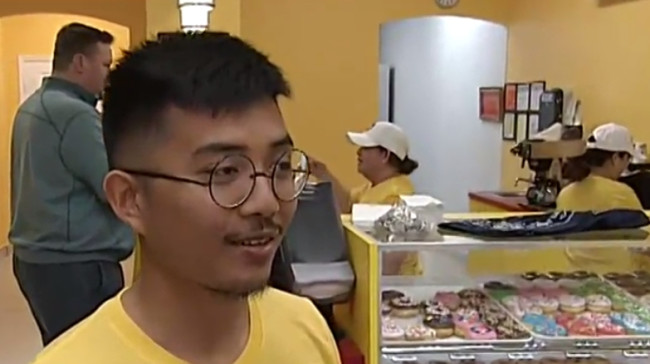 Most of the time on Sick Chirpse we feature stories about people being complete dickheads and doing really weird/dumb stuff, but every now and again I find a story so heartwarming that really does restore my faith in humanity – this is one of those times.

Over in Texas for this one in a place called Missouri City (weird name right, I know) where a guy called Billy By’s dad had just opened a new donut shop named after him. Unfortunately, things weren’t going well for the store and nobody was coming into buy their donuts, which was making Billy’s dad pretty sad.

Not really knowing how to help because he was a little kid, Billy just posted the following to Twitter and it went absolutely apeshit:

Yeah check out how many likes and retweets that got – 700,000 likes and 300,000 retweets – and the amount of famous people that got involved, including Hollywood actor James Woods and YouTuber Casey Neistat telling people to get down, followed by Twitter themselves offering to front the bill for everyone that went down there:

Come on, everybody. Let’s do this. Address, please? @hibillyby https://t.co/adhQXY4Mq2

Thanks to this tweet, folks are streaming into Billy's Donuts. This morning, @twitter is taking care of your tab. https://t.co/7DkW2nT2iU

Needless to say, Billy’s donuts sold out and made an absolute killing:

I mean that’s just great really isn’t it? Considering how many people use social media to whinge and complain and cyberbully people, it’s sweet that some people finally used it to do something good and literally change this guy’s life by the sound of things.

Really awesome work guys. For once.

For more of the same, check out these Buckfast Donuts. Probably just served them down at Billy’s and the place would have sold out straight away.