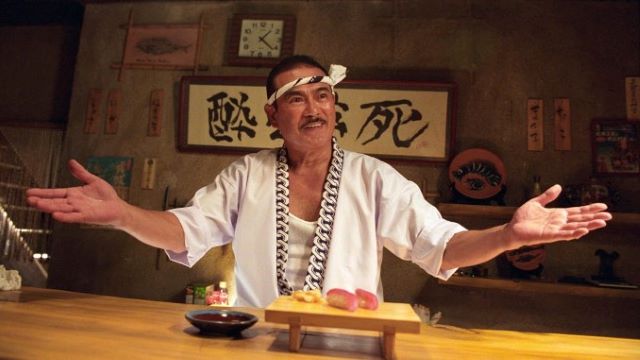 Shinichi “Sonny” Chiba may not have been a household name, but he was a martial arts legend who had a career that most people could only dream of. He was a black belt in Kyokushin Karate, Ninjutsu, Goju-ryu karate, Shorinji Kempo, Judo and Kendo. He made a name for himself in the 60s and 70s in Japanese martial arts movies, and was one of the first martial arts experts to find success in Hollywood with movies like 1974’s Street Fighter.

Sadly, the ‘Kill Bill’ and ‘Fast & Furious: Tokyo Drift’ star died on Thursday of COVID complications, his agent and manager confirmed to Variety.

He was of course best known for his role in the former, where he played swordsmith Hattori Hanzo and had some great scenes with Uma Thurman.

Tarantino was a big Sonny Chiba fan way before casting him in Kill Bill, even writing Christian Slater’s character in ‘True Romance’ as a huge fan of his 10 years earlier…

Chiba also worked as a fight choreographer on both Kill Bill movies and a whole bunch of Japanese movies too. Our thoughts go out to his friends and family who lost a great man, as we lost a great and probably underappreciated entertainer. RIP Sonny Chiba!

For the time Quentin Tarantino teased details of a potential Kill Bill 3 movie, click HERE. Well, we can dream.