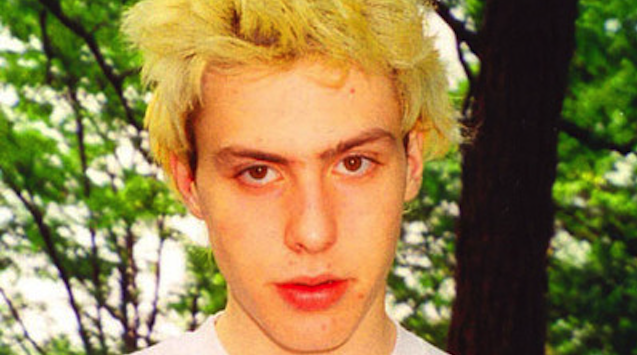 Andrew W.K. actually released this back in 2010 but I completely missed it, which is kind of shocking as I’m a fairly big Andrew W.K. fan. Here’s the story behind the song, in Andrew W.K.’s own words.

I’ve never let anyone hear this song before. I’m deeply humiliated and embarrassed at the thought of anyone hearing it. This is probably the most intense and personal song I’ve ever recorded — it’s called My Destiny and it was written and recorded when I was 17. I shouldn’t do this.

I was in high school in the 1990s, in a town called Ann Arbor in Michigan. I had a crush on a girl and was deeply and passionately fixated on her. She had a baby face, a 14-tooth smile, large eyes, a crowned forehead, an oversized brow and a tender style. She consumed me with both lust and hatred — lust, because I was truly drawn to her beauty and soft skin, and hatred because she rarely spoke to me, wouldn’t look at me much and never gave me a chance to show her my deep affections. I used to call her house just to listen to her say, “Hello?” Then I’d hang up, terrified and shaking with nervous ecstasy.

In our senior year of high school, when I was 17, we were required to make a final project which was presented to the head of the school and graded as our final exam. This was when my crush was at its absolute height. I decided to write a song dedicated to her and submit it as my final project for graduation. The song was My Destiny. I’ve never recorded another song like it, and now — listening to it after all these years — I can see why.

Here are the lyrics:

You Are My Destiny
And I’ll Make You Fall In Love With Me, Me, Me

It’s horribly painful — the sound of confusion and trouble, which is what I was in. I had wanted the song to have a big impact, but not the kind I got. Be careful what you wish for…

The day after I submitted the song, the head of my school called me and my parents in for a private meeting. They played the song for my parents as I sat next to them, paralysed and devastated by the humiliation. The head of the school recommended that I go into counselling or see the school psychiatrist (my parents did send me to a child psychologist following later exploits in arson, baseball card forgery and mail fraud: his final diagnosis? “You have a devilish side”). That was bad, but nothing compared to what happened a year later.

It turned out that the assistant to the head of school got a copy of my song on cassette and gave it to the girl I had a crush on. This was probably the worst thing that had ever happened in my life. She heard the song and was completely freaked out. Within three days, every kid in school had a copy. She told her friends, teachers and parents: “This guy at school is stalking me and threatening my life.” She played them the song and they called the police.

In the end, I had a juvenile restraining order put on me, which lasted until I was 21. I’ve never told anyone about it since, except my closest friends and family. Three months ago, I was advised by my personal manager and life coach to finally let people hear it, to resolve the nightmare. So, I am. Now is the first time since the incident that I’ve let anyone hear the song. And I can hear why.