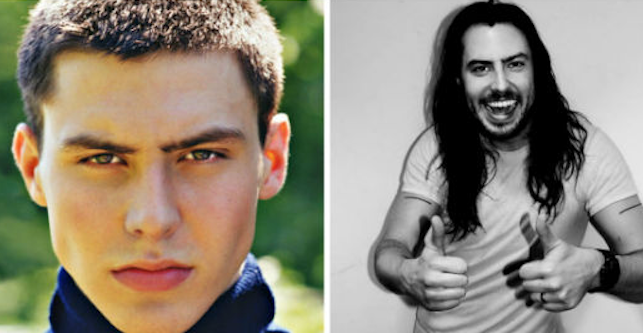 Before he became the king of partying, Andrew W.K. tried his hand at modelling/acting, resulting in these hilarious headshots.

Everyone loves Andrew W.K. because of his general attitude and unrelenting love of partying. But I doubt many people have ever thought about what Andrew W.K was before he became Andrew W.K.

I’m sure many people think that he popped out of the womb and headed straight to the nearest beer bong, but it turns out that they would be wrong as before he became Andrew W.K., Andy decided to try his luck at being a model/actor. As such, he needed to get some headshots done which we can now see below thanks to someone who works at a modelling/acting agency in New York.

Wow. He was super intesne even back then, but there’s just something wrong about seeing him with short hair. He just looks like an action figure or something.