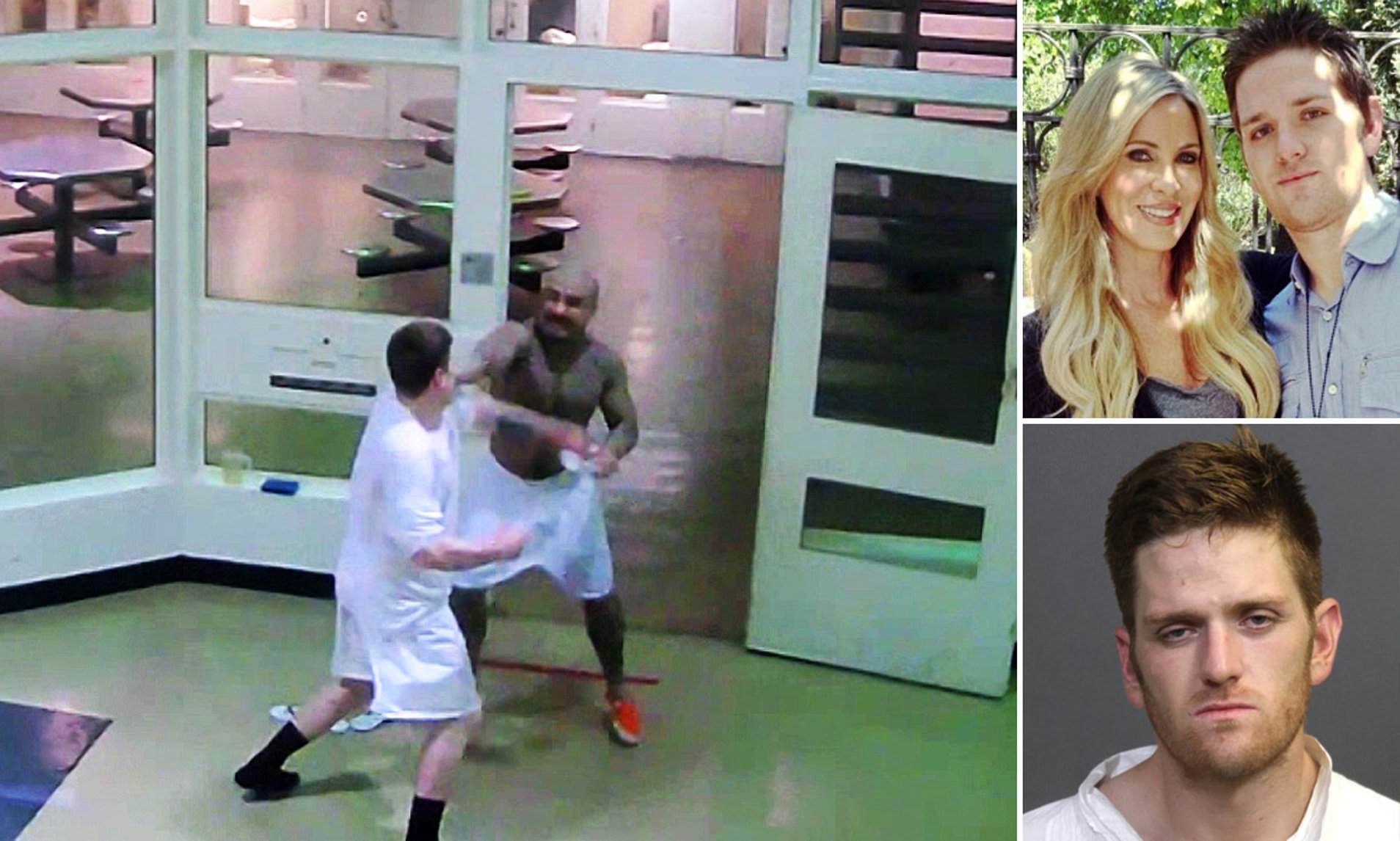 He doesn’t back down.

Former ‘Real Housewives of Orange County’ star Lauri Peterson says her son is a ‘marked man’ in prison following several attempts by other inmates to seriously hurt him, one of which was leaked online earlier.

30-year-old Josh Waring, Peterson’s son, has been locked up in Orange County jail since 2016 for an alleged shooting and car theft. This CCTV video shows how he was slashed across the face and body by an inmate wielding a razor:

Fair play to Josh – definitely held his own there. In fact he probably got the better of his assailant. Does this mean they’ll leave him alone now?

Josh has been telling me over the last few years that his life is in danger and that guards have been threatening to kill him and other inmates have attacked him,’ she said.

To see this actually come to fruition and happen is just horrific for me.

I’m thankful that he is alive because looking at this video and seeing how premeditated this was – he was clearly trying to kill Josh.

I don’t know how a bunch of tatted up gang-bangers would even be aware of the Real Housewives of Orange County, especially in prison, but maybe like Lauri says the guards have it in for her son and let them know who he was. Or maybe Josh was showing off about his mum’s celebrity status and is a bit of a wind-up merchant himself? Who knows.

His bail is apparently set at over $1 million which you’d think the families from these reality TV shows would be able to afford. Apparently not in this case.

For the UK prison inmate filmed having a meltdown because his cell was raided while ‘Love Island’ was on, click HERE. Classic.