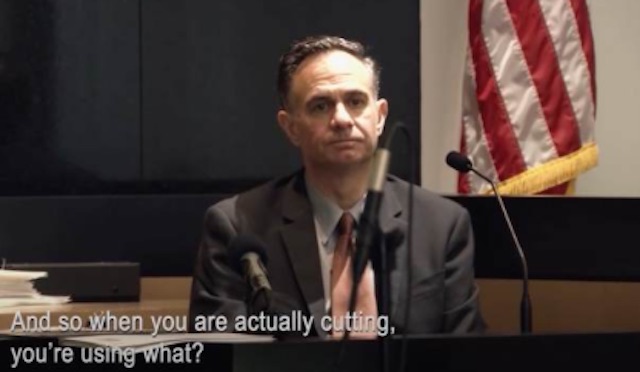 We see and hear about murder trials every day, but this one is a bit different as the defendant is claiming that only dismembered his father’s dead body and didn’t actually murder him.

James Scandarito insisted that his father died of natural causes and that he was scared of what the authorities might say when he reported it as he was using drugs and drinking heavily at the time, fearing that he may be blamed. So instead Scanadrito decided to dismember the body and hide it, hoping he would never have to explain the situation to anyone.

How do you think that went for the guy? Check out his story in the video below:

What? I know this video is quite clearly biased but how the hell did he get away with that? There wasn’t even any cocaine in his father’s system when he died? And why couldn’t they just ask him where the other body parts were buried so they could determine the cause of death? And why do you get 15 years in prison for desecrating a body? There’s a lot of unanswered questions here – hopefully Netflix will make a documentary about it soon or something.

For more of the same, check out this story about a Ukrainian rapper whose body was found dismembered in his apartment. What happened there?