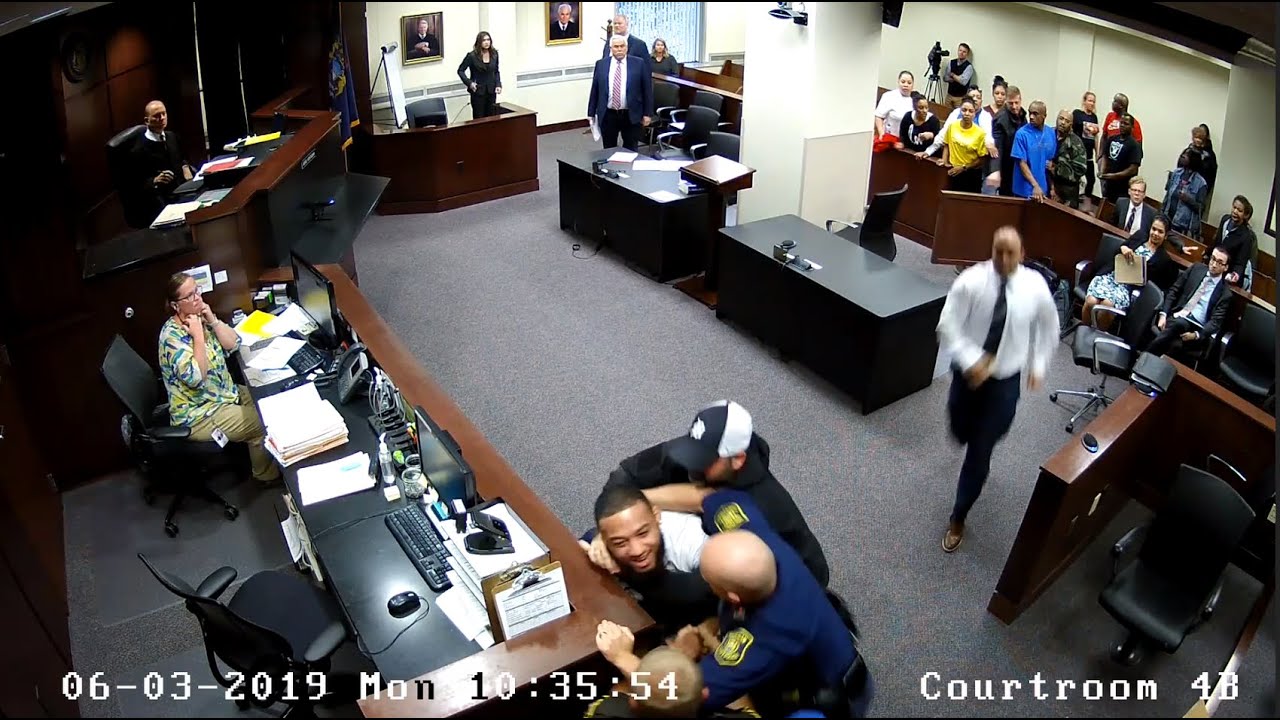 A Michigan man accused of murdering his wife was nearly attacked by her son during his court appearance this week.

Vashon Flowers, 46, is charged with shooting Jamie Thomas-Flowers to death in their home last month. He turned himself in to police later that night.

London Thomas, Thomas-Flowers’s son, leaps from his seat, jumps over the barriers and makes a dash for his mum’s killer:

Unfortunately, as you just saw, security guards get in the way and London isn’t able to get his hands on the man who murdered his mum. Couldn’t they just have moved a little bit slower and let him get a few licks in before restraining him? I don’t think many people would hold it against them.

OK I know these guys are ‘doing their job’ or whatever but come on, sometimes you just need to let justice take its course:

Probably for the best that I’m not a lawyer… or a security guard.

To watch a psychotic nut job give one of the most disturbing court room performances in history during his murder trial, click HERE.