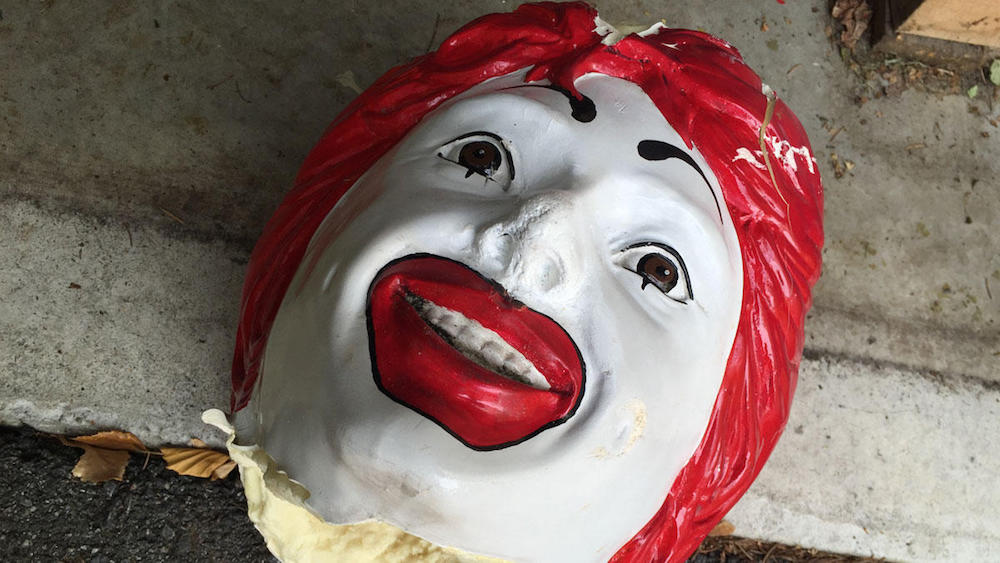 Clowns can be pretty creepy, granted, and McDonald’s doesn’t necessarily have the best reputation but brutally massacring Ronald McDonald could be seen as going just a little bit too far.

Well unfortunately, that is exactly what has happened here. In a brutal attack which took place over three consecutive nights, some heartless bastard (or bastards) decided to burn Ronald’s smiling face, before coming back to chop it off all together and dump the decapitated head by a lake. 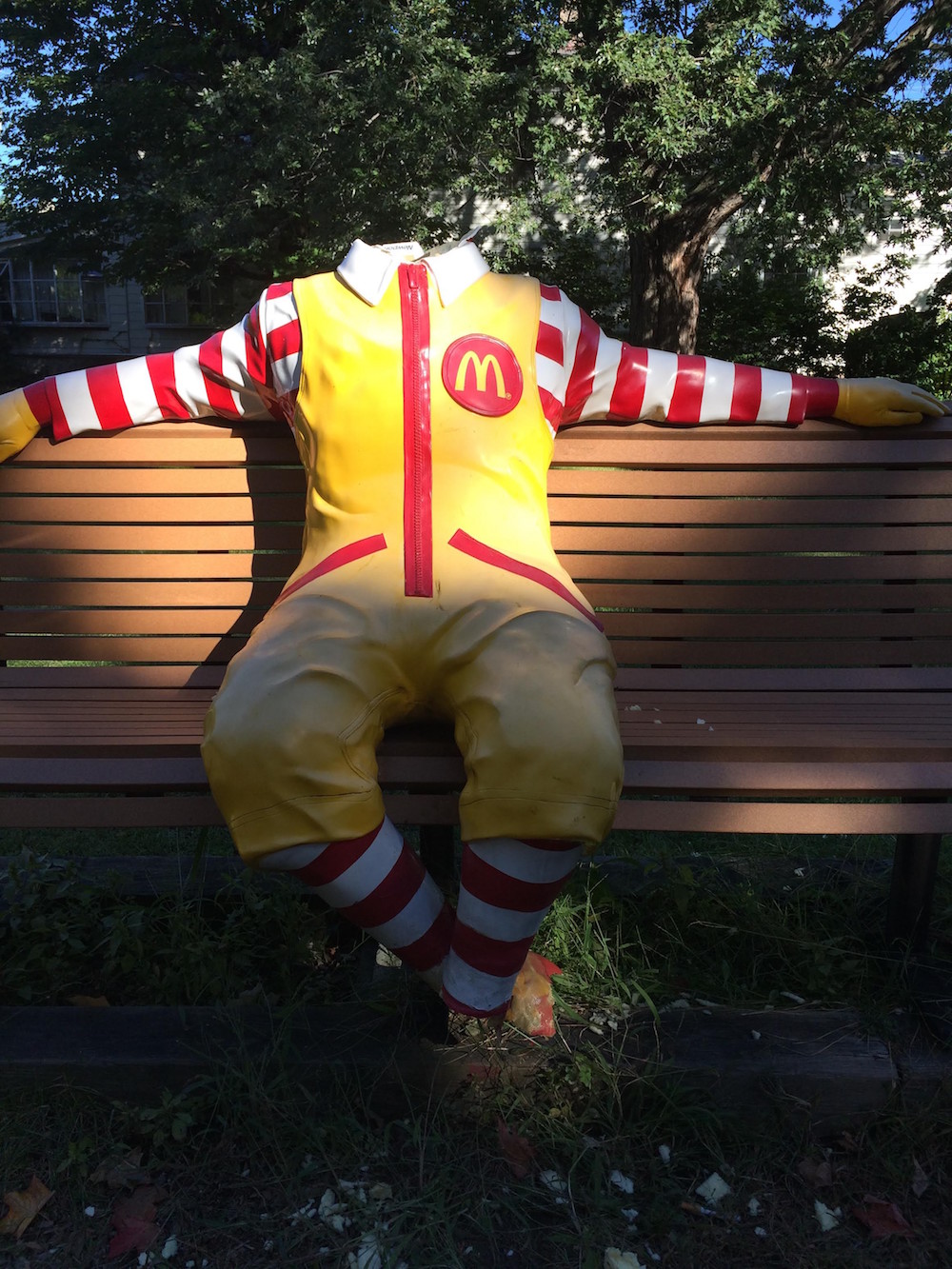 However, the madness doesn’t stop there. As if the innocent clown hadn’t been put through enough torture the vandals came back the following night and chopped off his feet with a hacksaw. Savage.

This all took place in Burlington, Vermont where the statue (yes, it was only a statue. Sorry) sat on a bench outside of Ronald McDonald House, a home for seriously ill children and their families.

Who knows what could have motivated someone to commit such an atrocity. Maybe they had seen what happens when you put a Maccy D’s cheeseburger in stomach acid, maybe it was a Burger King employee inciting a gang war, maybe they just fucking hated Ronald McDonald.

The statue is obviously totally fucked beyond repair now and a GoFundMe page has been set up to raise $7,500 in order to replace the much-loved fast food clown.

Clowns aren’t always innocent though, like these clowns in Kent that are scaring the shit out of school children.