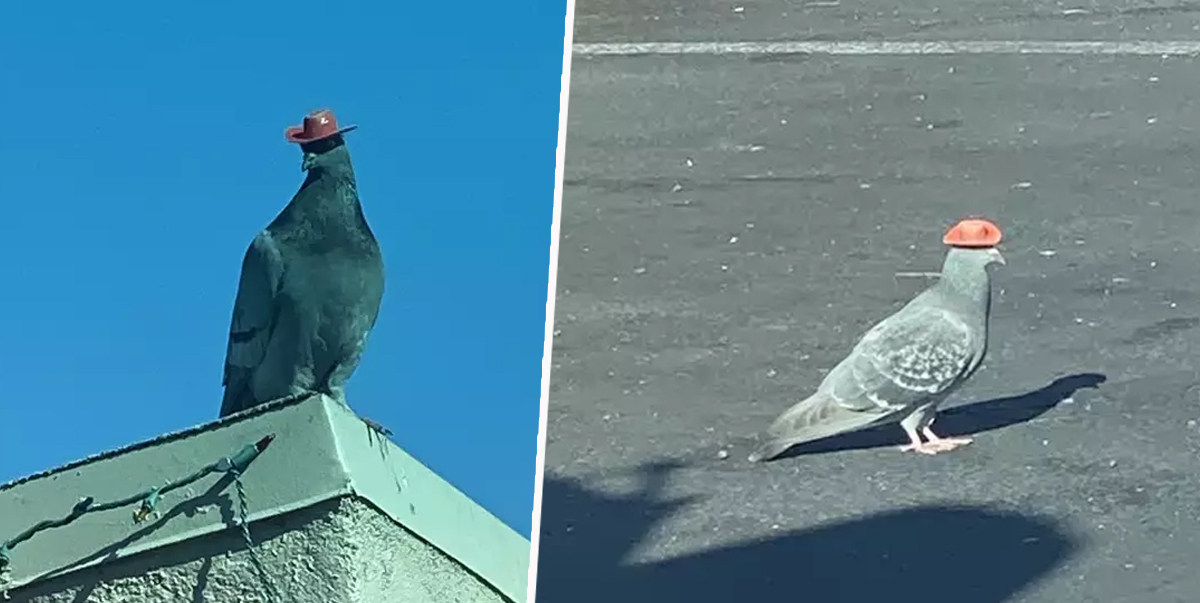 There are a whole bunch of animals that look completely cute no matter what they’re doing and there’s also a whole bunch of ways to make them even cuter by dressing them up in little outfits or whatever.

This is what has happened over in Las Vegas, where a bunch of pigeons have been filmed wearing little cowboy hats. The video was first featured on a Twitter account called Las Vegas Locally, who questioned whether it was a result of the state of Nevada legalising marijuana recently:

Someone is putting tiny cowboy hats on Vegas pigeons. There are consequences to legalizing marijuana. pic.twitter.com/CdK06gauYQ

However, whilst many people thought that these little cowboy hats were really cute and awesome to begin with, other people started to question if they were actually that good an idea and weren’t actually gonna hurt the pigeons as they were probably attached to their heads with superglue. Mariah Hillman, the founder of Lofty Hopes animal rescue centre, said the following:

At first, I was like, oh my god that’s cute! Then, I was like, wait a minute – how did they get those hats on there?

Did they glue them? And what does that mean for them? Is it something that’s going to impede their flight or attract predators?

We drove up and down here yesterday for a good two hours just handing out business cards to any location where I saw pigeons and people. If you see these birds, just feed them until I get here. I’m only three miles away and I’ll come trap them.

The birds still haven’t been found and it seems unlikely that we’ll ever find the prankster that started this thing off unless a video appears in the near future of them sticking the hats on, but given the backlash that seems kind of doubtful. Any info though get in touch with Lofty Hopes I guess.

For more of the same, check out these photos of some snakes wearing little hats. Much cuter.