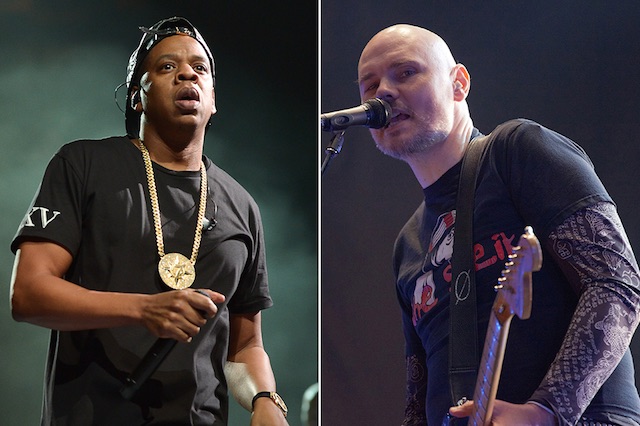 It’s been a hot minute since we’ve featured any major mashups on the site – which is kinda surprising when you think about it as during a global pandemic you might think that people have nothing better to do than mess about with music stems – but this latest one of someone cutting the entirety of Jay Z’s ‘Black Album’ with The Smashing Pumpkins’ best tracks was too good not to feature.

The mashup has been compled by a rapper and producer named Spose who has made conscious choices for which song matches with which – for example he pairs ‘Cherub Rock’ with ‘Public Service Announcement’ in the trailer – and to be fair to the guy they all sound excellent. You can stream the full album – entitled ‘Marcy Projects And The Infinite Sadness’ below and check out the track listing underneath that:

I’m not sure how long this will exist before it gets taken down but I re-produced the entire “Black Album” by my favorite rapper Jay-Z using only music by my favorite band The Smashing Pumpkins, enjoy!!!

Dope. Definitely gonna be blasting that all through the weekend. Favourite song is probably ‘Moment Of Clarity’/’Today’ but that’s probably because it’s one of my favourite Pumpkins’ songs – it does all fit together really well though. Love a good mash up.

For more of the same, check out this mashup of ‘WAP’ with Britney Spears’ ‘Toxic’. Forgot about that one at the start of this one, but it’s a banger.