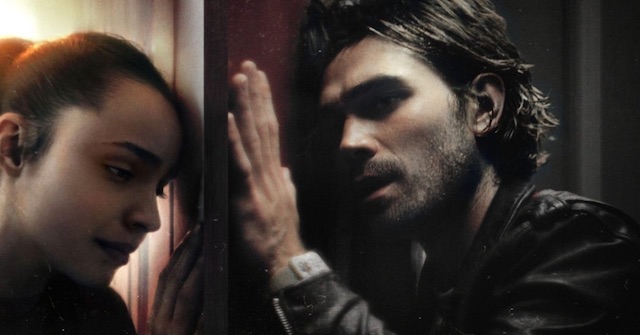 Is this in poor taste?

As it looks like we’ll be heading into a second lockdown fairly soon – it seems inevitable really does it, especially after France announced one the other day – the question everyone seems to be asking is just when or if life will ever return to ‘normal’ again.

Sadly, at least one filmmaker doesn’t think that this will be happening any time soon as they’ve already made a film about COVID-23 – that’s a mutation of the virus – lockdowns in the year 2024. The movie is called ‘Songbird’ and sees the annual death toll from Coronavirus at 8.4 million and authoritarian governments instituting permanent martial law, with anyone who is showing symptoms getting removed from society and placed in a quarantine camp by creepy guys in hazmat suits.

You can watch the trailer below but if you’re a bit worried about the situation at the moment and don’t want to see the worst possible outcome of it then maybe you should steer clear for now:

Wow – how did they manage to get Demi Moore to appear in that? I suppose the film looks OK (kinda) – and it’s also kind of impressive how they’ve managed to make it so quickly – but the internet was not happy about it whatsoever, with reactions varying from people saying it was in poor taste to others saying it was absolutely disgusting.

Here are a few of the ‘best’ takes:

This movie is so in extremely poor taste & I can’t even believe that this movie is coming out when cases are skyrocketing, hospitalizations are going back up & after so many people lost their lives to this virus. This is so very disgusting, very disrespectful & very insensitive!! pic.twitter.com/mEY12Xkbnd

I think that this is very insensitive & harmful to release a pandemic horror movie while we are still in the middle of this pandemic. Also I don’t see any masks, barely any social distancing & this movie is just straight up so disrespectful to all the people who lost their lives! pic.twitter.com/LYHy3TiRfu

Hollywood keeps reaching a new low every year. They keep trying to rile up people instead of coming up with movies that are actually story-rich.

Shame on everybody involved in an attempt to profit off of ongoing human tragedy.

That Songbird movie is trash and shame on everyone who thought it was an idea worth pursuing.

Releasing a film about this pandemic while we’re all still living in it is probably one of the most distasteful things I’ve seen in a while. It’s too close to home, too close to our present fears. Some are so incredibly detached from reality. @Songbird #Songbird #SongbirdMovie https://t.co/TBnsqWSxKE

I can’t judge the movie bc I haven’t seen it, but the trailer plays on people’s fears about the pandemic and being forced into obeying martial law. we are already seeing those fears play out in anti maskers at the expense of the most vulnerable. this is in such poor taste

Art, in its many forms (paintings, movies, songs…etc.) have and has incited violence, fearmongered and has been used as a political tool for good & bad. In this case, this film is extremely tone-deaf.

Look at the titles the director of #Songbird has helmed. I am not fucking surprised.

Boycott this shit. And everyone who made this possible should be canceled for life. pic.twitter.com/bKJ7vxiPjP

I’ve gotta say that I’m not as sensitive as some of those people about this, but I think the one comparing it to 9/11 really drives the point home as so many people have lost loved ones, friends and family members to the virus and releasing something like this is clearly not thinking about how this is going to affect them. It also doesn’t help that the movie doesn’t look like it’s really going to be that good either – maybe it could be forgiven if looked like the kind of thing that might win a couple of Oscars and not an extended music video?

Probably not to be fair and it’s kind crazy that so many people – including Demi Moore of all people – even thought that it would be a good idea to make it. The reaction has been so awful that it wouldn’t surprise me if Hollywood shelved the movie completely because of it. Watch this space.

For more of the same, check out this exorcist who is claiming that the pandemic has made it easier to be possessed by a demon. That’s all we need.