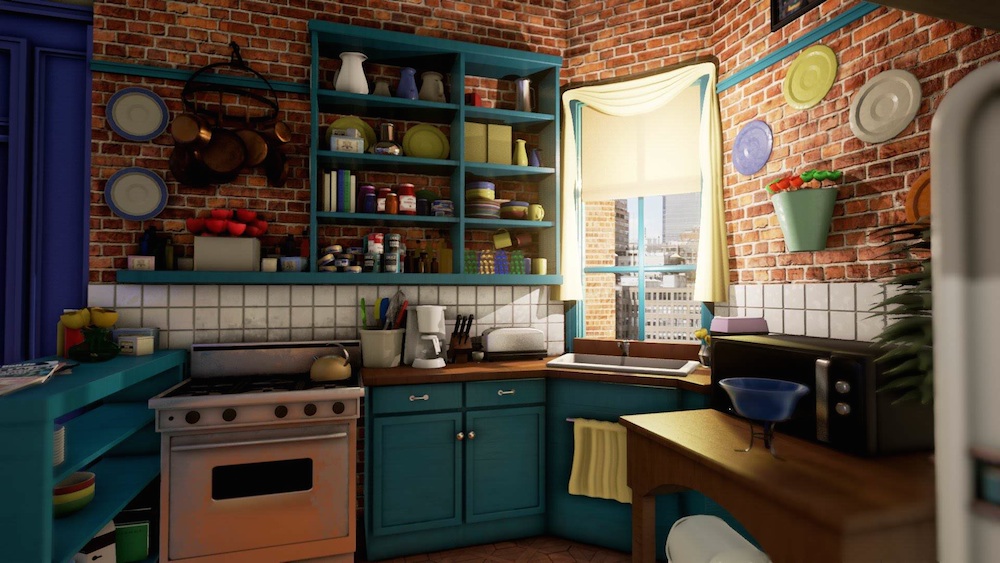 Some people definitely have too much time on their hands.

If ever I’ve got a spare minute when I’m not doing something, I usually use it to read a book or play my guitar or play video games or something. I haven’t got the patience or the know-how to undertake a really long project where I decide to build a classic TV set in a video game however, but apparently people out there like developer 5teven94 are all over it. And to be fair I’m glad they are because this is pretty awesome.

The guy must have spent an absolute age painstakingly crafting Monica’s apartment for Friends in the Unreal 4 engine, but he still decided to do it. It took three months to make it and to be fair to the guy it was part of a university project, but I kind of get the feeling that he would gladly do it again sometime because that’s just what guys that like building computer game environments enjoy doing.

Anyway the level of detail is superb, from all the photographs on the fridge to the artwork on the wall and Monica’s insane collection of canned goods on the shelves. Take a look and remember all the good times you’ve spent in that apartment:

Pretty stunning right. Nice piano version of the theme music too, really adds to the atmosphere. It’s also kind of weird seeing that other wall where all the cameras would be on the sound stage and just seeing it be completely blank. I suppose that is what it would look like when you think about it though.

5teven94 says he would like to add some more detail to it when he gets the chance. I’ve got a feeling it won’t be too long. In the meantime, check out Facility from GoldenEye 64 recreated in the same game engine.